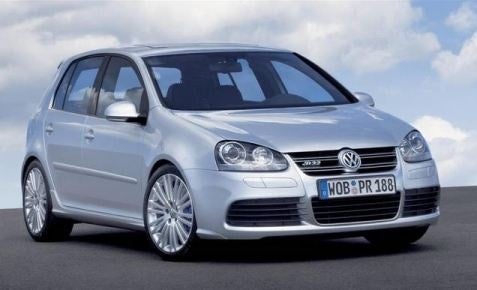 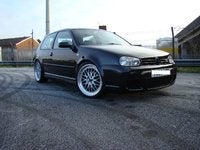 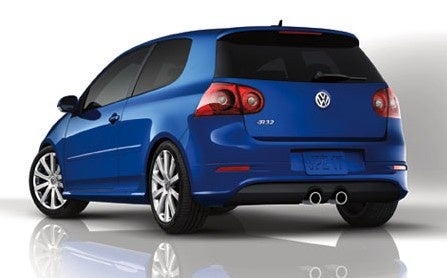 Big news from the 2007 Chicago Auto Show is the return of the Volkswagen R32 for 2008, a racing-inspired version of the Golf hatchback, similar in looks to the GTI, but with more muscle, lower ride height, and a dash of luxury. Though it's been available in Europe for two years, only 5,000 R32s will be sold in the U.S., and VW has set up a site for pre-orders at www.5000r32.com.

Under its hood, the 2008 R32 packs a 3.2-liter, 250-hp V6 engine with 236 lb-ft of torque. Combined with the DSG transmission, this gets rid of the turbo-lag issues in the GTI and helps propel the sports car from 0 to 60 in just over 6 seconds. The R32 will also feature the 4MOTION all-wheel-drive system, lending nearly 75% torque to the rear wheels. While it's no competition for true rally-oriented cars, it will be the fastest Golf on the market.

On the outside, a roof and front spoiler enhance performance and add some cool factor. Dual chrome exhausts, Xenon headlights, and 18-inch alloy wheels carry out the sporting image. Bumpers and moldings will all be body-colored. While it's aimed at driving enthusiasts, it also doesn't forget to pamper those looking for comfort and convenience as they're speeding down the highway. All 2008 R32s will come standard with low-slung leather sport seats, rain-sensing wipers, power features, cruise control, heated seats, auto-dimming mirrors, a security system, aluminum trim, and a 10-speaker audio system. The announcement at the Chicago Auto Show opened up the pre-order process, and with only 5,000 available, the 2008 R32 should prove to be a highly sought after car.

what are the best mods for the R32 bang for buck?

I am looking into trying to find a car that can handle backcountry roads without the gas cost of an suv. Friend suggested this car, does anyone have experience driving off road in theirs? or a sugge...

looking for a video/article on-how to program the 2008 vw r32 navigation system?