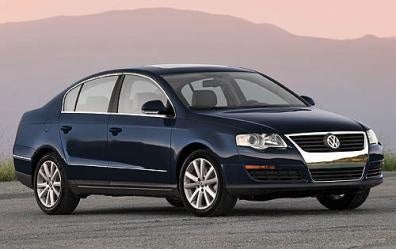 Have you driven a 2008 Volkswagen Passat?
Rank This Car

I have always loved Volkswagen but this car went above all my expectations. There is nothing Im not in love with. Its the best car I have ever owned. Read More

Have you driven a 2008 Volkswagen Passat?
Rank Your Car →