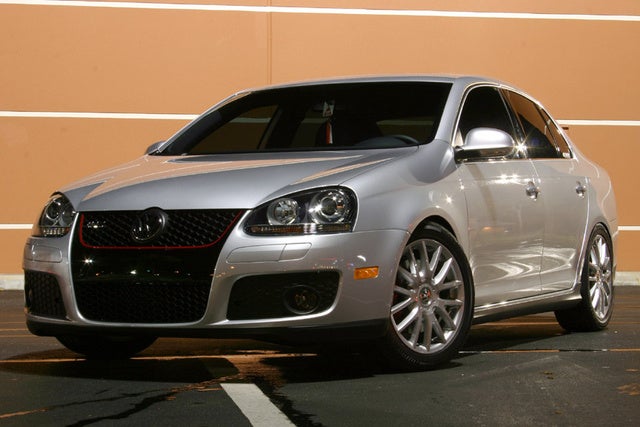 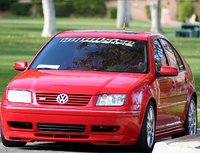 CarGurus has 6 nationwide GLI listings and the tools to find you a great deal. 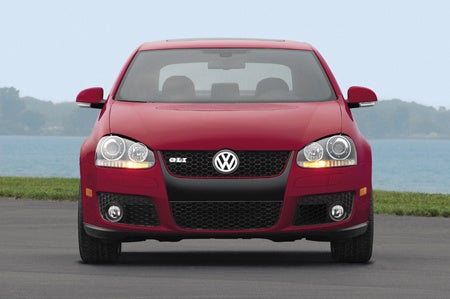 The 2008 GLI, formerly a Jetta, competes in the sport compact sedan class against the likes of the Acura TSX, Chevy Malibu, Nissan Sentra, MAZDA3, Civic Si, and Subaru's WRX and Legacy GT models. Reviewers believe VW's entry can hold its own.

The GLI model is powered only by a turbocharged, direct-injected 2.0-liter inline four that produces 200 hp at 5,100-6,000 rpm and 207 lb-ft of torque at 1,800-5,000 rpm. One of two transmissions sends power to the front wheels - a six-speed manual or a high-tech six-speed DSG (Direct Shift Gearbox) sequential-shift transmission. VW gives a faster 0-60 time for the DSG-equipped GLI - 6.9 seconds for the tricked-out automatic vs. 7.2 seconds for the manual. Top speed is governed to 127 mph. Consumer Guide managed 6.8 seconds with the DSG, but noted turbo lag, particularly from a standing start. The EPA rates the manual at 21/29 mpg, with the automatic at 22/29 mpg; premium fuel is recommended.

All reviewers praise the GLI's suspension and handling. Edmunds says it "strikes a near-perfect balance between a comfortable ride and sporty handling" with "precise, communicative steering." Body lean is minimal through tight curves, brakes are strong, and Consumer Guide says the car's handling is "a class standout." Yet that review was the only one to fault the ride as, "jiggly, thumpy, and borderline harsh."

Everyone was impressed with the high-quality, European-styled interior and attention to build detail. Reviews note great legroom in front and adequate room in back, though some felt the back seats were uncomfortable with three adults. Aggressively bolstered front seats and a tilt and telescoping steering wheel that has audio controls, remote trunk release, and remote window operation facilitate driver fit and control. The list of standard equipment is impressive, including such items as a compass, trip computer, external temperature display, heated and powered mirrors, leather-wrapped steering wheel and shift knob, alloy trim on the doors and dash, AM/FM/satellite-capable radio, ten speakers, and a six-disc CD player with MP3 capability and output.

The trunk's cargo space is impressive for a compact car, with 16 cubic feet that are augmented by 60/40 rear folding seats, nonintrusive trunk hinges, and a large aperture for easy access.

The GLI is a solid, well-engineered sport compact for those who like their performance with a German accent.

What's your take on the 2008 Volkswagen GLI?

Have you driven a 2008 Volkswagen GLI?
Rank This Car

CarGurus has 6 nationwide GLI listings and the tools to find you a great deal.

How much horse power does it have