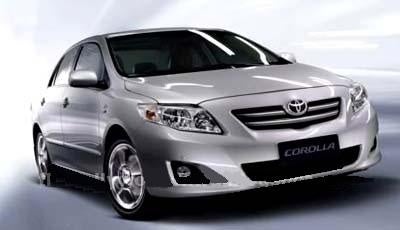 Users ranked 2008 Toyota Corolla against other cars which they drove/owned. Each ranking was based on 9 categories. Here is the summary of top rankings.

Have you driven a 2008 Toyota Corolla?
Rank This Car

Low in features compared the other compact cars. The design has not changed from 2020 - 2022. Completely overpriced & not a good deal at all from Toyota Dealership. Read More

just sold my 2012 corolla,pleasure driving it all these years.Changed oil myself and replaced belt and front pads myself other than battery replacement never had to do anything but drive it for 100000... Read More

Lives up to the reputation. Great gas mileage and fun to drive (6-speed manual) Read More

great running durable car with great gas mileage, It is a get up and go kind of car. Read More

Great value for a 2019. A new Corolla would have cost much more., and it had a sunroof. Read More

This car is awesome!! Great value. Drives great! Has all the features you could want. Read More

Features were base, I didnt feel like I would be getting my moneys worth. I was looking for a late model vehicle so the model year was a plus. In the end, it just didnt make sense to me pay 18k for ... Read More

I LOVE my Toyota Corolla XSE..Its beautiful Inside and Outside. It drives beautifully and the controls are convenient. Best purchase! Read More

Have you driven a 2008 Toyota Corolla?
Rank Your Car →