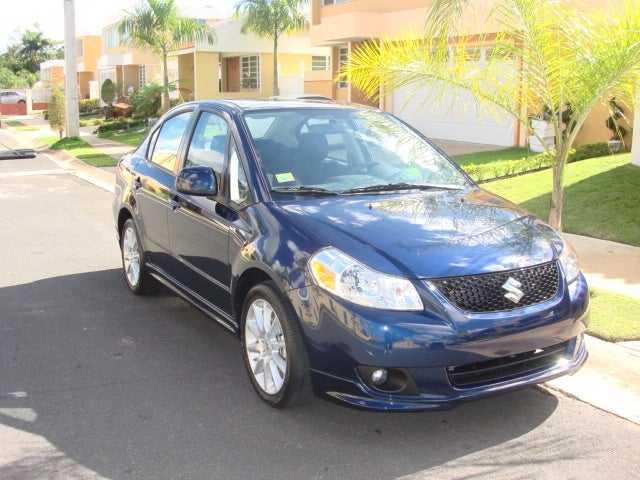 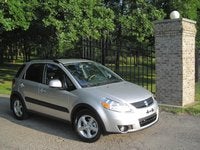 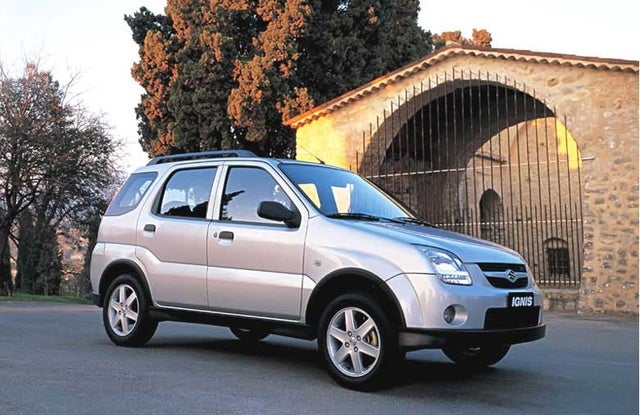 A Sport sedan joins the lineup of the 2008 Suzuki SX4, which debuted last year in hatchback form. The new Sport sedan features a sport suspension, sport pedals, 17-inch alloy wheels, and an aerodynamic body kit. Unlike the AWD hatchback, however, the sedan comes only in front-wheel drive, which makes it less veratile but also less heavy. The only major change for the hatchback is an updated fifth gear in the manual transmission. Both trims share a 2.0-liter, 143-hp I4 engine with 136 ft-lbs of torque at a relatively low 3500 RPM. A 5-speed manual or 4-speed automatic are the transmission choices.

The 2008 Suzuki SX4 hatch continues to bill itself as the most affordable compact AWD. Lacking low-range gearing, it is meant only for slippery and snowy driving conditions, but drivers seem impressed with its performance. The system defaults to front-wheel drive, but then automatically distributes torque to the wheels when it feels slippage. Though the engine power and 10.2-second 0-60 time doesn't compete with more pricey cars such as the Sentra SE-R, owners and critics agree that the 2008 Suzuki SX4 steps up to the plate and delivers in terms of handling and sporty feel on the open road and around curves. For someone wanting a little fun behind the wheel without breaking the wallet, the 2008 SX4 provides a good-looking alternative.

Both sedan and hatchback come with ABS brakes, dual front-side and side curtain airbags, full power features, and a CD/MP3 player. Both can be outfitted with either the Convenience Package (cruise control, leather trim) or the Touring Package (foglights, rear spoiler, CD changer, keyless ignition). While the rear seats in the hatch fold and flip up to expand the 16 cubic foot trunk to 64 cubic feet, the SX4 sedan's seats do not, due to a stabilizing bar behind the seatbacks. Reviews cite the 2008 SX4 as sportier, more nimble, and more fun to drive than the comparably-sized Fit and Versa. The AWD system ranks high, as does the surprising headroom and roomy interior. The major drawback for owners seems to be its small 11-gallon gas tank and its 22/30 mpg, which some feel should be better for a compact. Sluggish acceleration, engine noise, and the lack of folding rear seats in the Sport sedan also earn criticism.

Users ranked 2008 Suzuki SX4 against other cars which they drove/owned. Each ranking was based on 9 categories. Here is the summary of top rankings.

Rregister A Car Bought On CarGurus?

How do I register a car in Quebec that I bought on CarGurus who also delivered it?

Everytime my 2008 Suzuki sx4 AC car is running it leaks water underneath the car. What could be the reason?

What is sensor for and does it have to be fixed