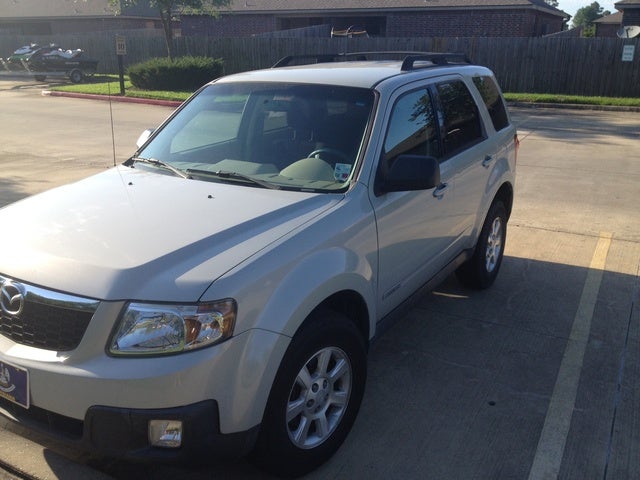 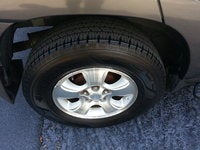 The Mazda Tribute receives a substantial overhaul for 2008, although the platform and engines are carried over from the previous edition. Most of the Tribute's revisions are aesthetic and part of Mazda's effort to keep this compact crossover SUV somewhat competitive in its ever-expanding segment, which includes top sellers like the Honda CR-V and the Toyota RAV4. The 2008 offering features a more upscale cabin and a more stylish exterior presentation.

Owners continue to express great satisfaction with the Tribute's comprehensive list of standard safety features. Standard safety items include front side airbags, full-length side curtain airbags, antilock brakes, stability and traction control, and a tire-pressure monitor. This year, the Mazda crossover has earned additional praise for a rejuvenated, but still functional interior.

Because Mazda has positioned the Tribute at the lower end of the SUV price scale, many desirable items like navigation are not available, but the top-shelf Grand Touring trim does offer a variety of luxurious standard features. Many reviewers also feel that the Tribute's performance is lacking, as Madza has done very little to update or improve the powertrain since the model's 2001 introduction. The brakes are not incredibly responsive, and fuel efficiency is not consistent with the vehicle's modest power supply. The Tribute has also received some criticism for its strong resemblance to the pedestrian Ford Escape.

There are twelve Tribute variants for 2008, configured through three trim, two drivetrain, and two engine options. The trims ascend from the entry-level Sport to the mid-level Touring to the top-tier Grand Touring. Even the entry-level Tribute comes equipped with a nice roster of features, including air-conditioning, full power accessories, cruise control, an audio auxiliary jack, and a CD audio system. Options on all three trim levels include a towing package, an auto-dimming rearview mirror, and a rear-seat DVD entertainment system.

Tributes wearing the "s" badge house a 2.3-liter inline four, which generates 153 horsepower. The "i" models upgrade to a 3.0-liter V6, good for 200 horsepower. The V6 model will haul 3,500 pounds, and drivers can expect mixed-driving mileage averages in the low 20s. Buyers may choose between a five-speed manual or a four-speed automatic transmission, and the Tribute can fit about 66 cubic feet of cargo with the rear seats folded.

Have you driven a 2008 Mazda Tribute?
Rank This Car

I had three alternators installed in 3 years in my 2008 mazda tribute. Sometimes wont start in the morning until it dies completely and have to change alternator again ...

2008 Mazda Tribute. Won't start. Security light blinks fast. Manual says its an immobilizer. But that I have to take it to the dealer. Kinda hard when it won't start. Anyway to reset it on my own

160 views with 2 answers (last answer about a year ago)

Why is my Ac stop working as normal n starts blowing hot air?

I have a slow acceleration and shutting off problem. The red warning stating to pull over and turn the car off. I’m being told it’s the throttle body. Is this true? I’ve had this problem in the pa...

I want to swap the 2.3 for the v6. How much work would it take? Will everything line up

250 views with 2 answers (last answer about a year ago)