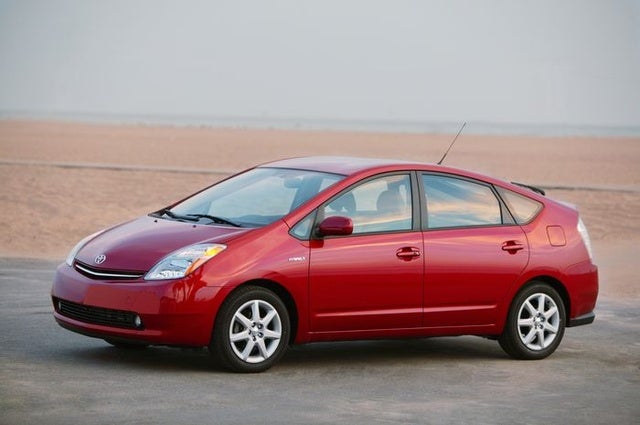 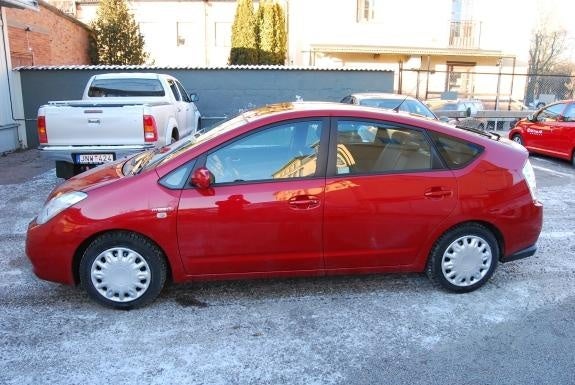 While most of the Toyota hybrids ascend beyond the typical Toyota buyer's price range, the Prius offers the best fuel efficiency of all for just over $20,000. Toyota and Lexus built two types of hybrid vehicles: some are geared towards performance and others towards efficiency. The Prius is the latter.
For 2007, Toyota has added a Prius Touring model. Aiming to offer a more aggressive appearance and a bit more hybrid diving excitement, Toyota was equipped this car with foglights, a rear spoiler, xenon headlamps, 16 inch alloy wheels, and a special sport-tuned suspension. Two models are offered this year, and both now include side and side-curtain airbags as standard safety features. The base model includes automatic climate control, cruise control, a trip computer, a CD six speaker audio system, steering wheel controls, and 15-inch wheels.
The Prius can be finished with a long list of options, but these add-ons are organized into expensive packages. Both models are eligible for items like a JBL audio system upgrade with an in-dash CD changer, a DVD-based navigation system with voice-activation (includes Bluetooth and rear backup camera), Vehicle Stability Control, and the SmartKey system.
The Prius base and Prius Touring use the same engine and transmission. The foundation is a 1.5 liter DOHC inline four, which generates 76 horsepower and 82 pound-feet of torque on its own. The modest engine is paired with two electric motors. One motor is used for engine startup and to recharge the 201-volt battery. The other provides power to the front wheels. The cumulative total is about 110 horsepower. Hybrid Synergy Drive uses a continuously variable transmission, doing away with ordinary toothed gears for a system of transistors. No shifting is required.

The strongest selling point for this pioneering hybrid is fuel efficiency: 60 mpg in city driving and 51 mpg on the highway. City mileage is higher because the electric motor can handle more of the workload at lower speeds.

TheHorror Is that why Toyota still discontinued all non-Prius hybrids -- because Toyota customers can't afford to spend a little extra on their Camry or RAV4? Idiot.

Have you driven a 2007 Toyota Prius?
Rank This Car

Something Keeps Cutting On And Off Every Few Seconds?

i have a 2007 Prius that seems that something keeps cutting on and off every few seconds, is that normal or what is the issues, any help would be appreciated thanks

I've heard that you have to replace a Prius' battery every 3-4 years and that it's around $3,000 to replace. Is this true? I'm looking at buying a Prius but am a little hesitant after hearing that.

Most of my driving is short distance, stop & go, and I am seeing that sometimes the engine doesn't shut down when I am stopped. I'm also seeing mileage as low as 33, perhaps due to that. Just a shor...

My VIN And License Number Are Not Accepted By CarGurus. Please Help

I entered my car VIN and license number into CarGurus but neither one can be recognized. I tried many times to no avail.

A Local Mechanic Worked On Our "07 Prius And Now The Keys Only Work In The ...

Are there any similar experiences, and what might be the solution?I expect a fight when it comes to reembursement to another mechanic.