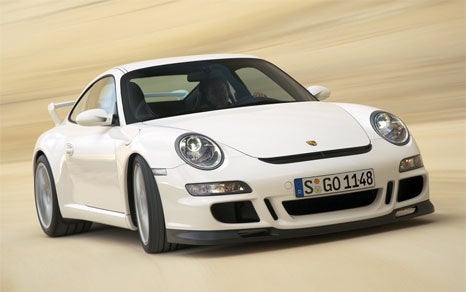 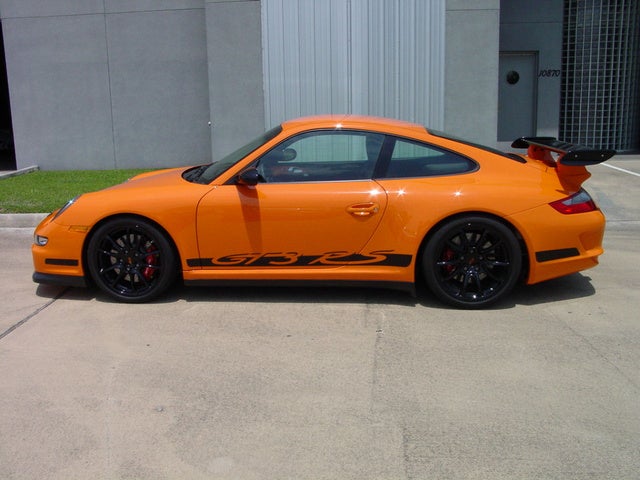 With its rear-mounted six-cylinder boxer-style engine, distinctive design, and wide stance set low to the ground, the Porsche 911 is instantly recognizable, and is as desirable today as it was the day it first hit the streets in 1964. Perhaps even more so, since for 2007 Porsche added two new models to the 911 lineup.
The Porsche 911 GT3 was powered by a 3.6-liter, six-cylinder engine that produces 415 horsepower, driving the vehicle from 0 to 60 in 4.1 seconds. The engine was linked to a six-speed manual transmission with a short-shift gear lever for fast, accurate gear selection. Standard features included 19-inch GT3 wheels, traction control, Porsche's Active Suspension Management system for selectable suspension modes, an anti-theft alarm system, dual front advanced airbags, Bi-Xenon headlights, adaptive sports seats, power windows, and cruise control.
Also new for 2007 was the 911 Turbo. It also was equipped with a 3.6-liter six-cylinder engine, but twin turbos that pumped the horsepower up to 480. That drove the vehicle from 0 to 60 in 3.7 seconds with a manual six-speed transmission, and just 3.4 seconds when the 911 Turbo was equipped with the optional five-speed Tiptronic S automatic transmission, which optimized shift points.
Features for the 911 Turbo included electrically adjustable seats for both the driver and passenger, a leather-wrapped three-spoke steering wheel, heated exterior mirrors, a filtered climate control system, advanced airbags, and Porsche's Stability Management system.
The two new models joined a lineup that also included the 325-horsepower 911 Carrera and Carrera 4, the 355-horsepower Carrera S, and the 355-horsepower Carrera 4S.
The 911 is one of the most coveted cars in the world, and driver's comments reflected that fact. Drivers noted that the 911 handled well, even when it was driven to the limit, and that it is a fun car to drive.

Users ranked 2007 Porsche 911 against other cars which they drove/owned. Each ranking was based on 9 categories. Here is the summary of top rankings.

I recently purchased a vehicle from this web side and read if you purchase a car in Florida there is nothing you can do about any issues that arise? The car was delivered without an inspection from...

CARFAX History Report To My Listing

How can i add a CARFAX history report to my listing?

I Have A GT Siver Metallic 2007 Carrera S

How rare is this color, It has an areo package totally loaded cost in 2007 was 108K, were there thousands in this color or is it kinda rare

How Do I Meet The Buyer

I have an interested party in my car that is listed with you; GuruHGTQJ how do i handle the initial meeting and test drive as i don't trust anyone anymore especially with a 911 Turbo

Romney auto sales in Lewisville, Tx is being used illegally by someone other than the owner to advertise exotic cars. I went to Romney auto sales today to look at a 911 turbo. They do not sell cars...