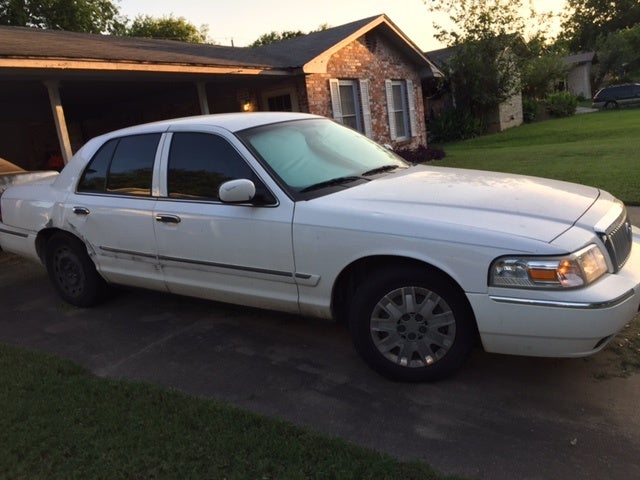 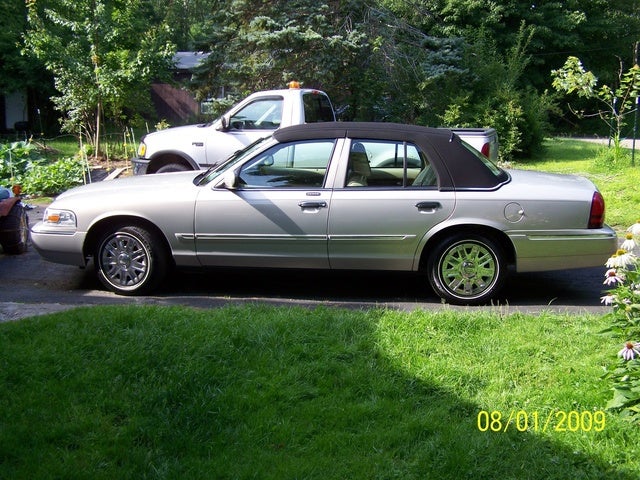 The Mercury Grand Marquis has been a car of few changes throughout its existence. For 2007 there are a few updates, including a new grille and front fascia, wraparound headlights, and LED taillights.
This 6-passenger long and lean American sedan boasts the top rating in its class for interior room. Mercury is also proud of the Grand Marquis' fine record in government crash-testing: it's the only car in its class to earn 5 stars in government crash-testing 12 years in a row. And when the available front-seat side airbags are in the picture it gets 5 stars across the board.
If roominess is one of the two big requirements of a large American sedan, the other would be a smooth ride. The Grand Marquis offers that, thanks to an independent front suspension and gas shocks. The variable-assist rack-and-pinion power steering is speed-sensitive, meaning that it'll be easier to steer in low-speed maneuvers such as parking.
The 4.6-liter, 224-horsepower Flexible-Fuel V8, which can run on gasoline or a mix of ethanol and gasoline, comes standard on the car in the 45 states that have not adopted California Emissions standards. Any Grand Marquis sold in California, Maine, Massachusetts, New York, and Vermont has a traditional gas-burning V8 with the same specs otherwise. EPA ratings on the car are 17 mpg city and 25 highway.
The Grand Marquis palette consists of 12 combinations of paint and cladding and 3 colors each for the cloth and leather upholstery. Standard equipment includes an 8-way power driver's seat, remote keyless entry, and traction control.

What's your take on the 2007 Mercury Grand Marquis?

Have you driven a 2007 Mercury Grand Marquis?
Rank This Car

Where is the TCM on a 2007 mercury grand marquis 4.6 liter flex fuel motor located?

Over Heat In Traffic

replaced fan with the modulator attached runs great except stop and go then it max over heats, fan stops. when cooled down runs fine. help 2007 4.6 mercury marquis.

Does The Ignition Key On 2007 Grand Marquis Open The Trunk

Does A 2007 Mercury Maquis Have A Sensor In Key

Will a 07 crown Vic. Transmission fit in a 07 grand marques