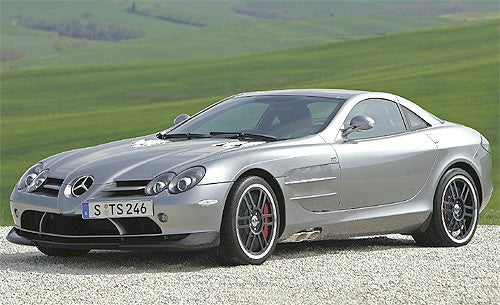 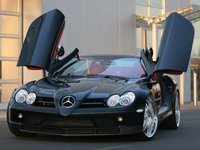 CarGurus has 13 nationwide SLR McLaren listings and the tools to find you a great deal. 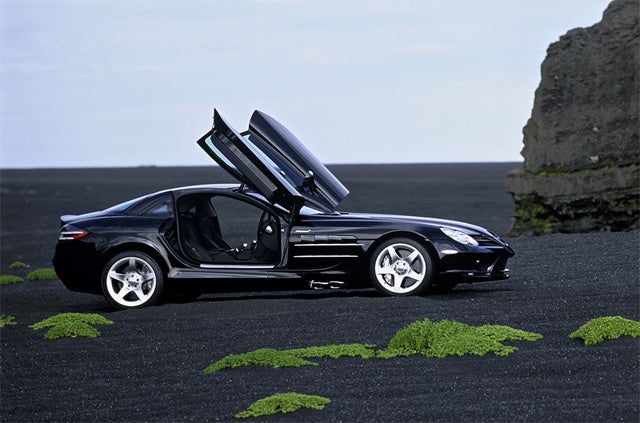 Co-developed by DaimlerChrysler and McLaren Cars, the Mercedes-Benz SLR McLaren is a "super car" capable of accelerating from zero to 60 miles per hour in an astonishing 3.4 seconds. The car has been produced by the joint venture since the 2005 model year.

Unlike the Porsche Carrera GT, Ferrari Enzo and other super cars it was built to compete against, the SLR McLaren gets high praise for its comfort and features. Most users liken more to a "grand touring car" than a supercar.

The biggest complaint about the car seems to revolved around its brakes, which are designed for "panic stops at 200 miles per hour" and don't perform well for handling at lower speeds.

The SLR McLaren has a supercharged 5.5 liter dry sumped V8 that produces 626 horsepower 575 ft-lb of torque at 3250 - 5000 rpm. The car's engine is the original SL-55 AMG engine but has been optimized by enlarging the fuel pump, the cylinders, and installing a larger cooling system that absorbs air to cool down the engine.

What's your take on the 2007 Mercedes-Benz SLR McLaren?

Have you driven a 2007 Mercedes-Benz SLR McLaren?
Rank This Car

CarGurus has 13 nationwide SLR McLaren listings and the tools to find you a great deal.