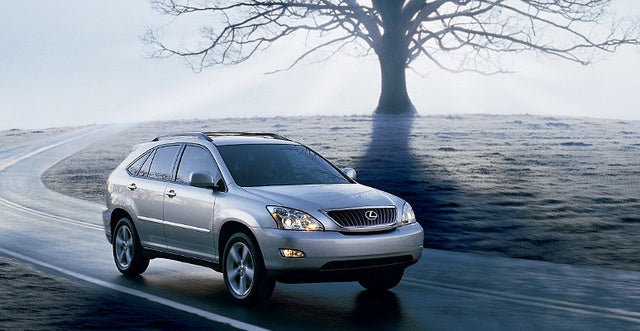 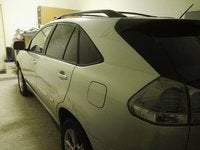 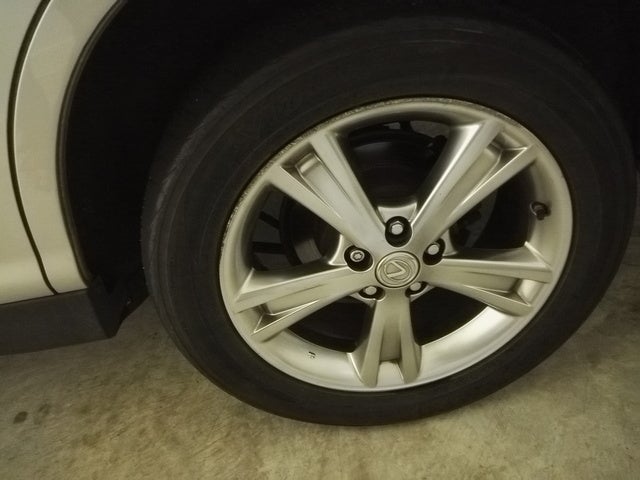 Not your typical mud-encrusted off-road SUV, the 2007 Lexus RX 400h was a more refined, suburban-oriented luxury utility vehicle (as Lexus calls it) with a decidedly green pedigree, thanks to its hybrid engine. In its second year of production, the RX 400h received a few new standard features, including a 10-way power-adjustable front passenger seat and a larger LCD screen for the optional rear-seat DVD player.

But the basics of the RX 400h, including its 268-horsepower, 3.3-liter gas/electric hybrid V6 engine, remained unchanged. Since the standard RX 400 received an upgrade in horsepower to 270 for 2007, the hybrid was no longer the most powerful engine in the lineup, but it was certainly the most fuel-efficient, getting up to 32 mpg for the front-wheel-drive version and up to 31 mpg for the all-wheel-drive model. Although those numbers don't match miles per gallon for hybrid sedans, it's certainly an improvement over most SUVs.

The hybrid engine was linked to an electronically controlled Continuously Variable Transmission (ECVT) that also helped improve fuel efficiency. Regenerative braking, which produces electrical energy as the brakes are applied to recharge the battery, was also part of the hybrid package.

The 2007 RX 400h met requirements that enabled it to be classified as a Super Ultra-Low Emission Vehicle (SULEV), but it was the best of both worlds, also providing drivers with a wide range of upscale and luxury features, including brushed aluminum accents, steering-wheel-mounted controls for the audio system, leather interior trim, a one-touch moonroof, and options such as wireless Bluetooth capability, a Mark Levinson premium audio system, a backup camera, and a voice-activated navigation system.

Drivers noted that despite the RX 400h's hybrid engine, the SUV did not always deliver the expected fuel economy (mileage also decreased in the cold, some drivers noted). However, that was one of the few complaints about the vehicle. Drivers liked the RX 400h's safety features, smooth ride, good performance, and interior comfort. Overall, most drivers were pleased with their vehicles.

John in the shop for over four months,with 70k miles,still not fixed, replaced several computers, still no steering, Bought another car, Would have been financially better off to give it away, not tried to fix it., do not know when or if it can be fixed.

My accumulator pressure leaking down causing ABS pump to cycle on every 15-20 seconds. Dealer reccommended replacing ABS actuator assembly with accumulator. Can I drive it?

Car will not start

How Is Sales Tax Handled On A Private Sale?

If I am buying from a private party, is sales tax included in the price listed? Whose responsibility is it to pay sales tax?

400 views with no answers yet

can you just put in a larger battery to replace the under sized stock starter battery?