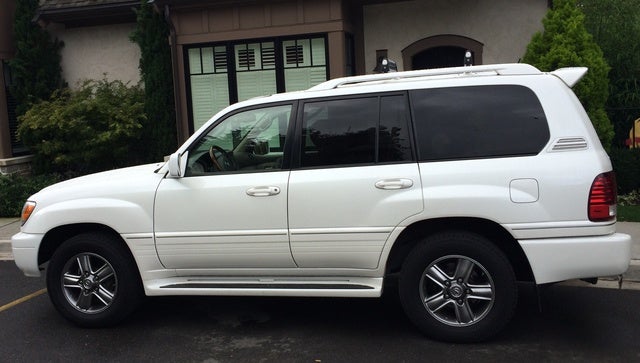 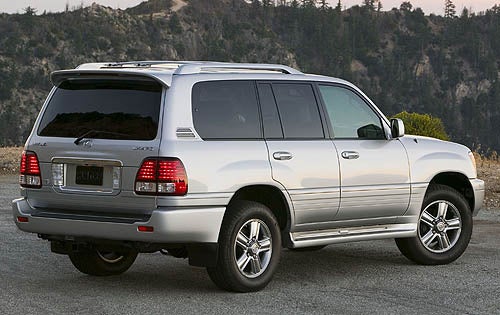 The Lexus LX series represented the Japanese luxury automaker's initial trek into the SUV market. First appearing in the mid-1990s as the LX 450, this midsize SUV was virtually indistinguishable from Toyota's Land Cruiser. While this similarity spoke to the LX's off-road ability, many were left with questions about its value in its class. In the past decade, the LX has seen little change, and 2007 is essentially a carry-over year. A Limited Edition LX 470 is new for this year, with production numbers commensurate with its name. The second generation, which began back in 1998, will end after 2007. An all new LX should appear for the 2008 model year.
Aside from the special edition that is offered this year, the LX 470 is only offered in one trim. While the LX is a capable 4x4, its interior has been dressed to be reminiscent of the LS sedan. Standard features include a premium 11-speaker Mark Levinson audio system with an in-dash CD changer, leather/heated/power seats, automatic climate control, a DVD-based navigation system with a backup camera, a moon roof, auto-dimming mirrors, and most other things you could think of. Rear seat DVD entertainment and the Lexus Night View System are optional.
The LX 470 houses a 4.7 liter V-8 inside its rugged body-on-frame construction. The V-8 is enhanced by Toyota's Variable Valve Timing + intelligence technology, which boost engine output while improving fuel economy and lowering emissions. The 5590 lb. LX receives 268 horsepower and 328 pound-feet of torque, which is enough power to pull 6500 additional pounds. The engine is paired with an electronically-controlled five-speed automatic transmission. Drivers can expect gas mileage of 13/17 mpg.

We recently replaced the power steering pump & the serpentine belt on a 2007 Lexus LX470. Now, when we try to make a hard turn, the steering will intermittently lock up. Any ideas? We replaced the ...