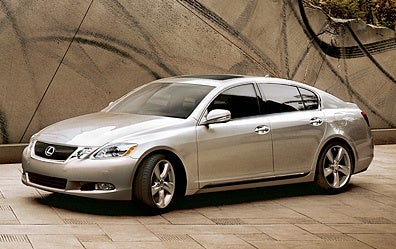 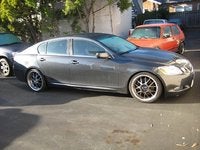 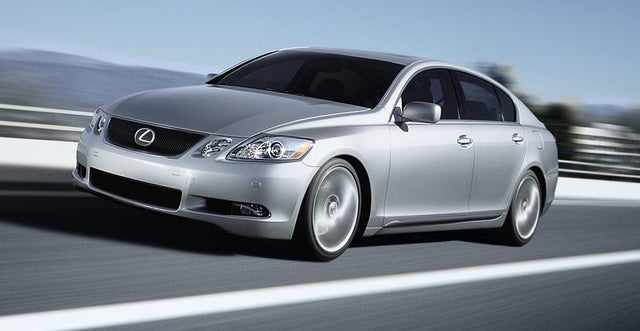 After a thorough redesign the previous year, the Lexus GS 430 received only one significant change for 2007. An Active Stabilizer system was added as an option, designed to assist and steady the large sedan through tight turns. Lexus revamped the GS 2006 to address nagging performance concerns, and to provide the sports sedan with a fresh new look.
New SAE engine testing methods lowered the GS 430's horsepower rating to 290, down from 300. Still, good enough. It was the same 4.3 liter V-8, constructed entirely from aluminum. Toyota's Variable Valve Timing + intelligence technology was employed to lower emissions, improve fuel economy, and bolster performance. The GS raced from 0 to 60 mph in just 5.7 seconds, and despite its power and bulk, gas mileage was fair at 18/25 mpg. The new GS series had gained a six-speed automatic transmission with sequential shift control, and it was one of just a few sedans to feature an adjustable suspension system.
The well-crafted interior is polished and practical. The well-insulated cabin is fitted with leather seats, walnut trim, and chrome-rimmed gauges. The console also features a drop-down panel which conceals some switch clutter. However, many of the most promising additions aimed to address performance issues. Lexus hoped that the suspension and transmission revisions would quell prior complaints about the numb ride feel and off-kilter engine timing. It's still too early to tell.