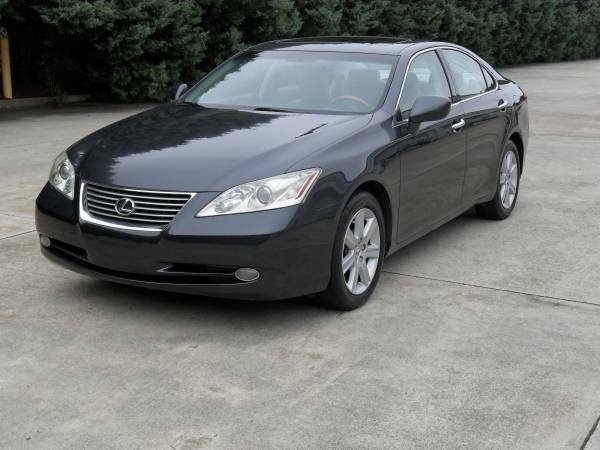 The Lexus ES is new for 2007. While the styling takes a new direction, it's very much the same ultra-plush midsize sedan it's always been. Drivers will find more technology, better performance, and some unique high-end options in this segment of cars. 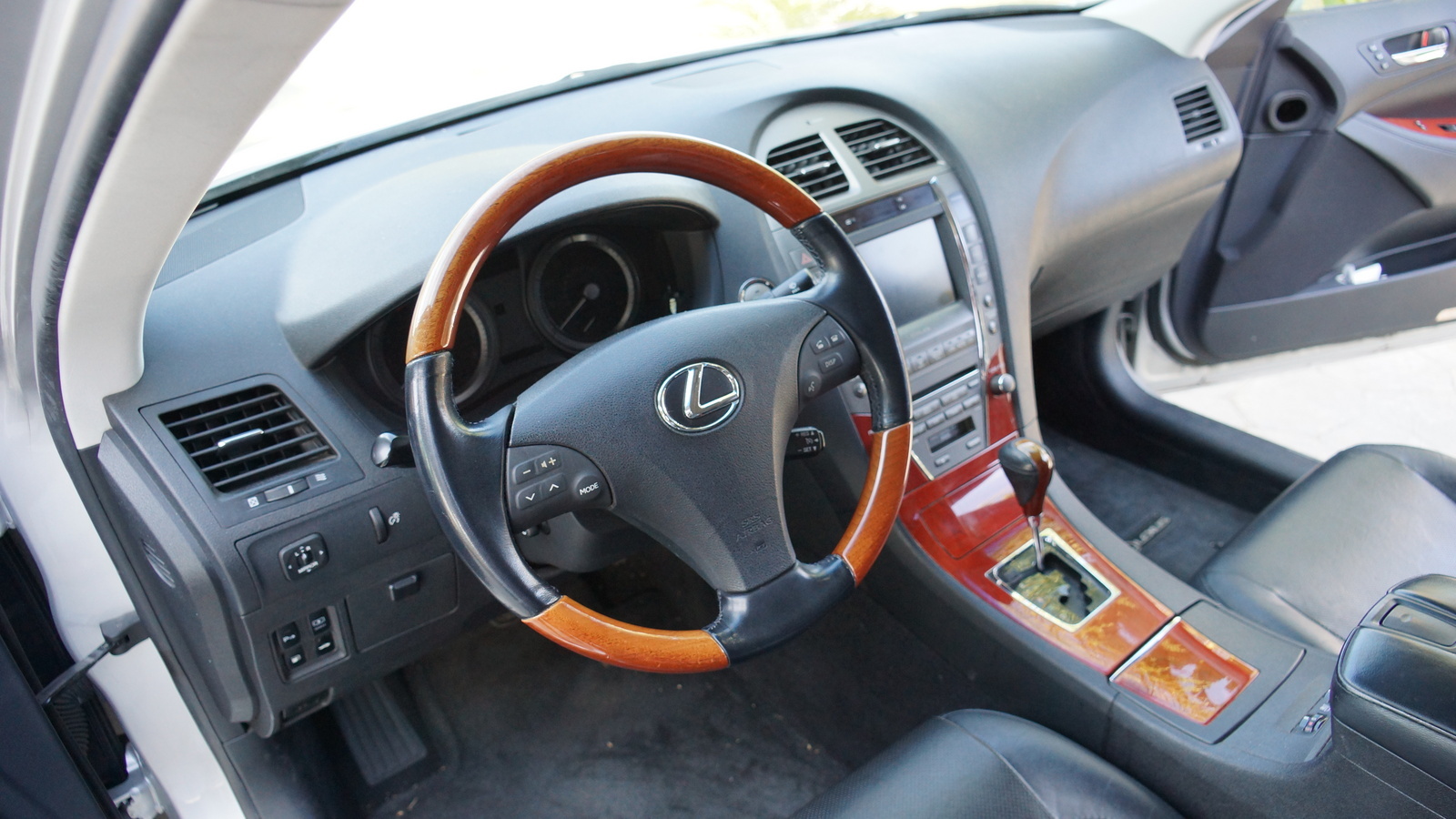 By new direction, take that to mean "new Camry." The exterior is dull as can be, and compared to the outgoing model, this ES feels almost as fat and bloated as a Buick. Then again, that's the point of a car like this; style comes last, space and comfort go first. It's not ugly, but compared to the excitement drawn into the smaller IS, the ES is proud to be a boat out of water.

The ES excels inside, because that's where its owners sit for hours on end. Materials are plush and assembly quality is very good. The three-spoke steering wheel and tall, slim center stack remove the Buick vibe, and the optional panoramic moonroof lets the light shine into this pampering space. Cloth seats are standard, but choose the semi-aniline leather on the Ultra Luxury package. It comes with gorgeous wood trim on the dash and steering wheel. The standard-grade leather is good, but it's not as soft. Fine stitching and two-tone color combinations look rich. It's a shame the exterior isn't as inviting as this interior. 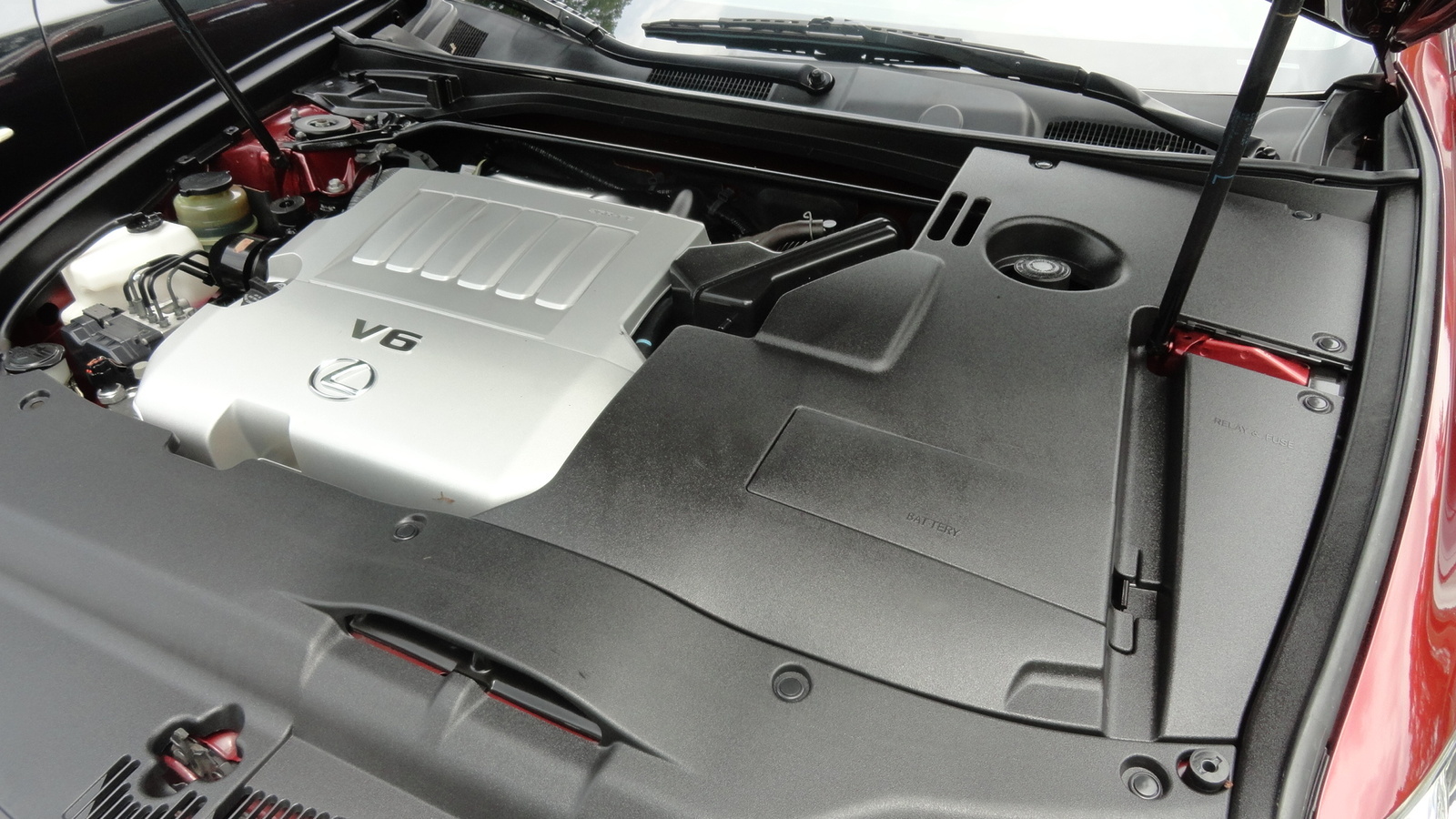 The 2007 ES comes one way: as the ES 350. There is a 3.5-liter V6 with a six-speed automatic (one more gear than the old ES 330) and front-wheel drive (FWD). The new engine has way more grunt, with 272 horsepower and 254 pound-feet of torque. When called upon, the Lexus ES 350 can accelerate strongly. But bear in mind the ES 350 is designed to deliver ultimate comfort, so the steering effort is finger-light, the suspension is very soft, the brake pedal feels squishy, and the transmission takes a moment or two to react. But the result is a creaminess (yes, creamy like butter left on the counter) that isolates passengers from the outside world. It's one of the most relaxing cars to drive. Driving dynamics suffer, and there's no fun to be had, ever. So just sit back and try not to fall asleep. It's that quiet and refined of a car. 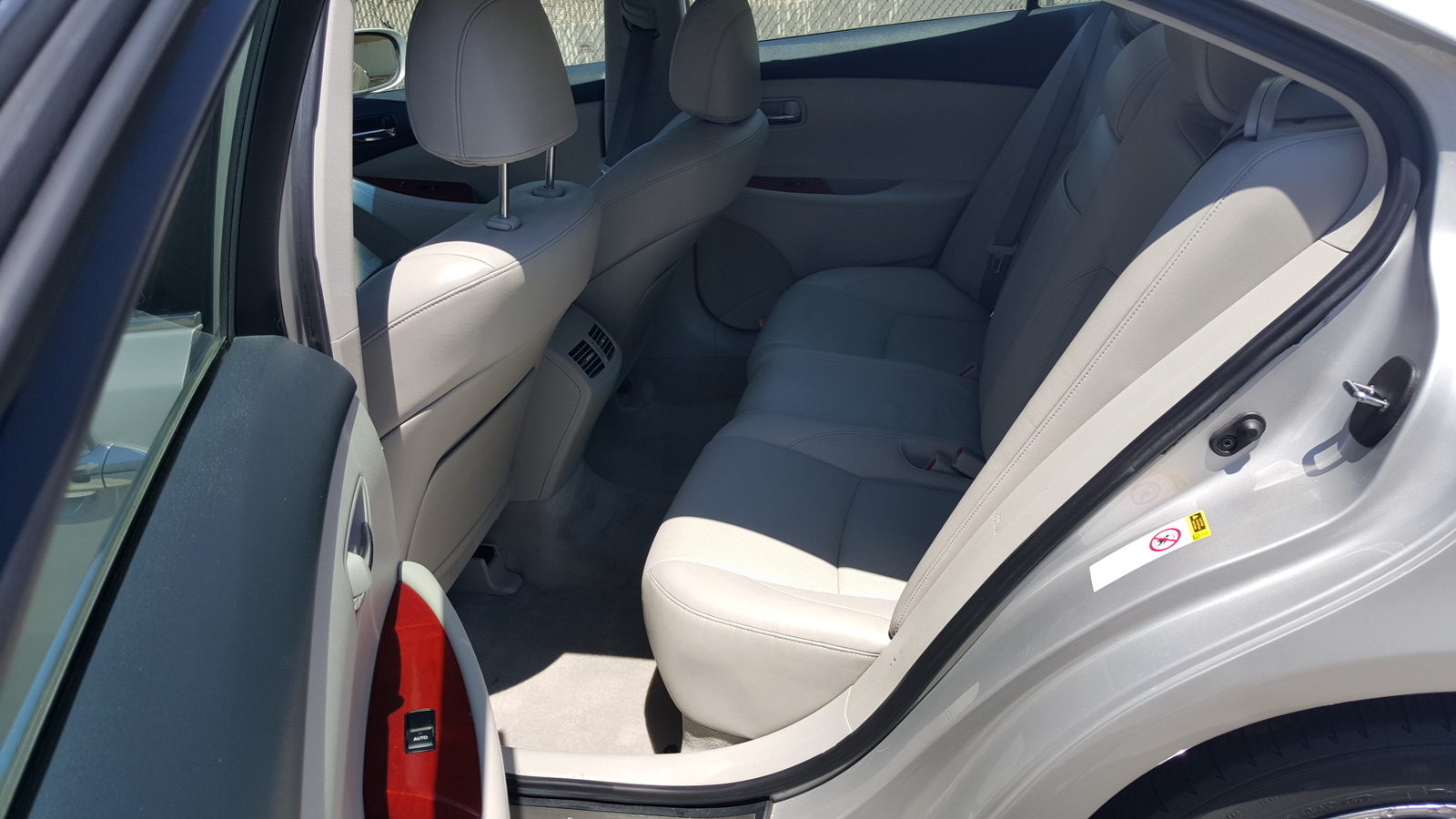 As a midsize car, the Lexus ES has plenty of room for all passengers in every direction. The stereo and climate controls have lots of small buttons, but everything is labeled and illuminated well, including the gauges which feature what Lexus calls Optitron high-contrast lighting. A power tilt and telescoping steering wheel, large door openings, and front seats with available power thigh extensions make it easy to get comfortable. A sunroof is standard. The trunk measures a sizable 15 cubic feet. 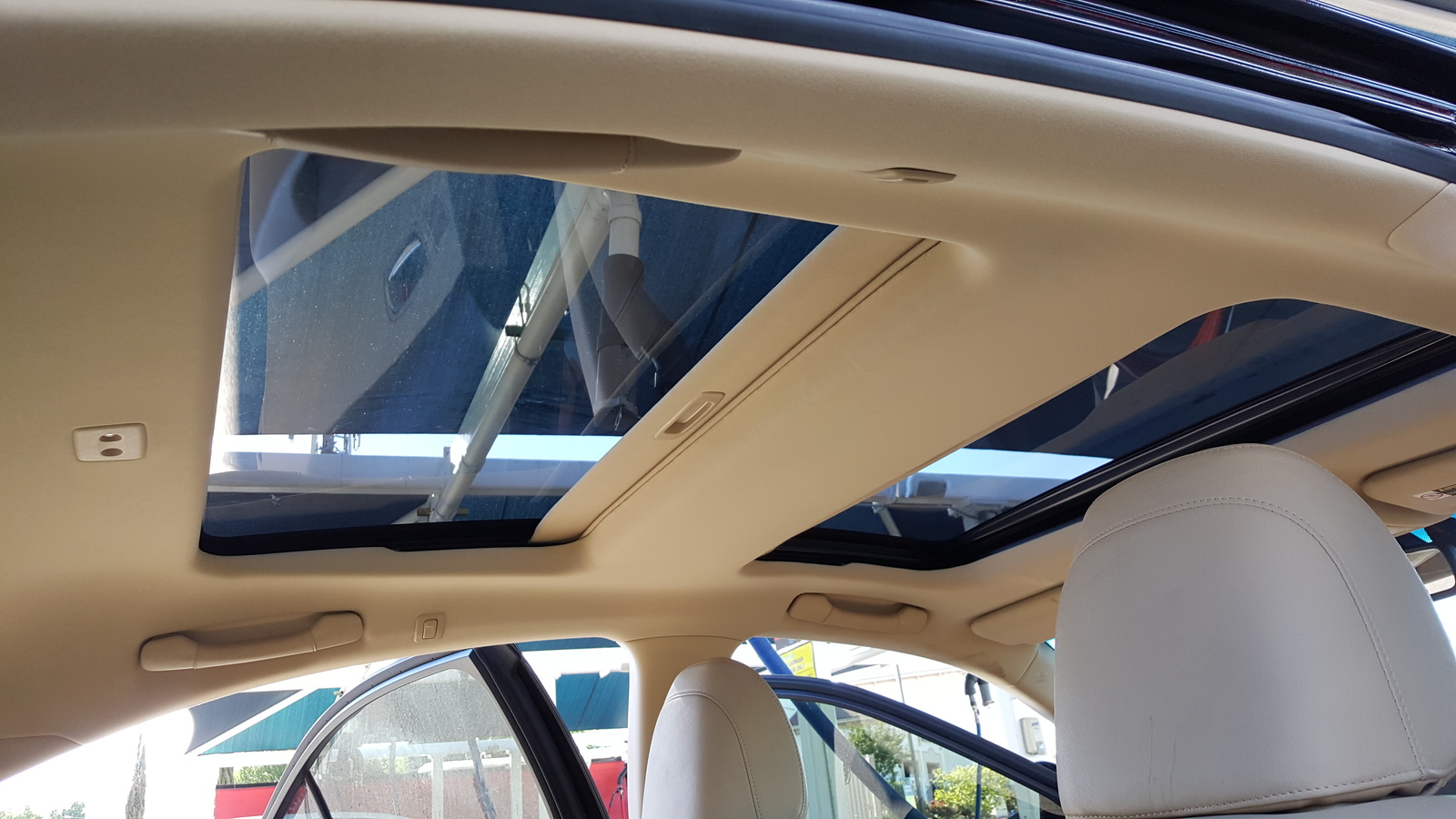 Push-button start and proximity entry is standard, so you'll never need to take the key out of your pocket to unlock the car and start the engine. Ten-way power front seats, dual-zone climate, and the usual power accessories come standard. But you'll want the Premium Plus package, which brings heated and cooled front seats with those incredible thigh extensions, leather, rain-sensing wipers, and auto-dimming side mirrors. A navigation system with voice recognition, a reversing camera, Bluetooth phone and streaming audio, a six-disc CD/DVD changer, and a 14-speaker Mark Levinson stereo come together in another package. Xenon headlights, power rear sunshade, and a radar adaptive cruise control that automatically paces the ES to the car in front are available on the Ultra Luxury package. 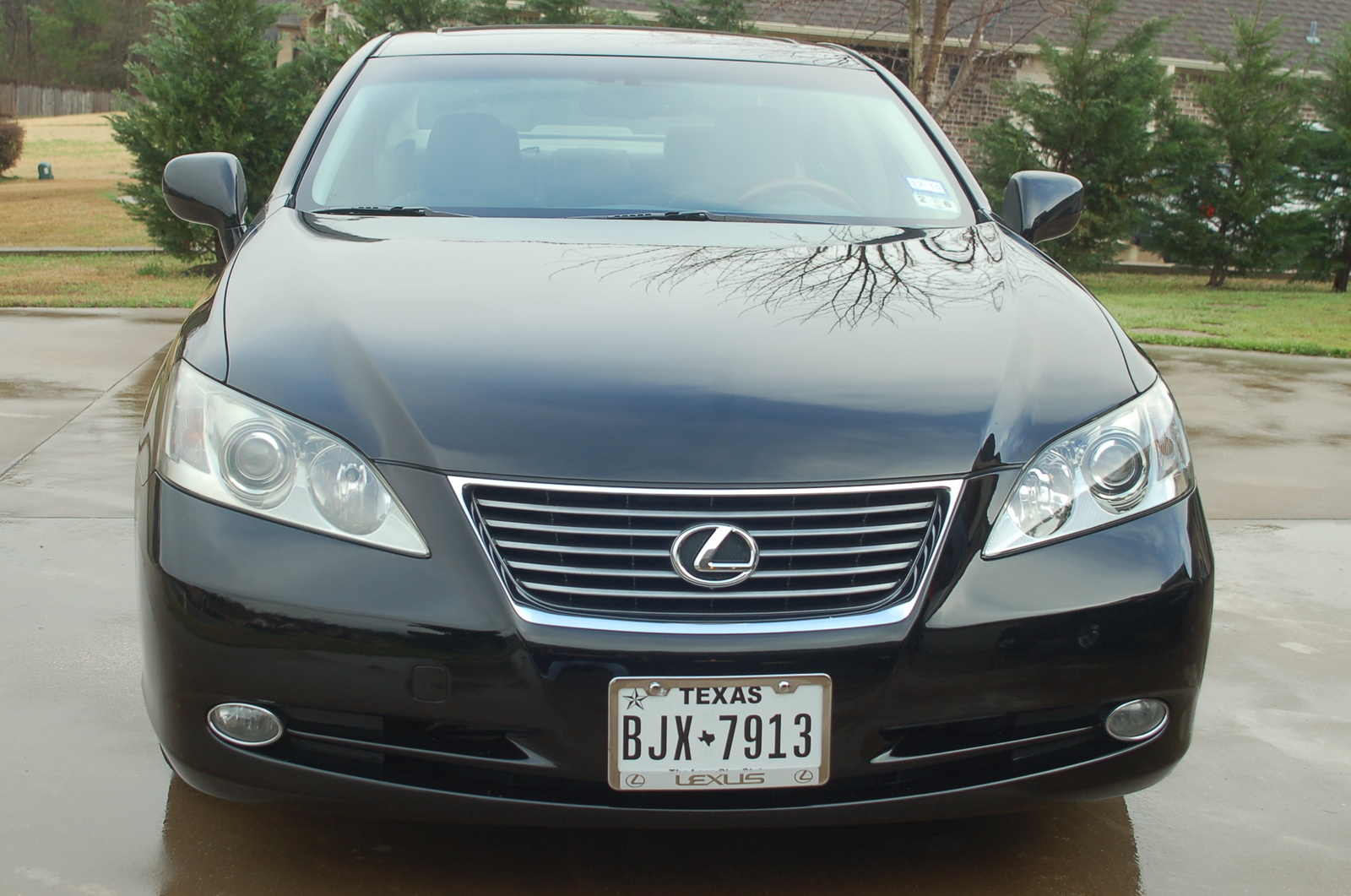 Dual front airbags, front side airbags, driver's knee airbag, front and rear head curtain airbags, ABS, traction control, stability control, and a tire-pressure monitor come standard. Models with the adaptive cruise control also come with a Pre-Collision Assist system that can prime the brakes if an imminent crash is detected and retracts the seatbelts, plus rear side airbags.

The 2007 ES was not tested by the Insurance Institute for Highway Safety (IIHS). A similar Toyota Camry rated the best Good ratings in three crash tests, but this car is not directly comparable. The National Highway Traffic Safety Administration (NHTSA) did crash test an ES. It received five out of five stars for driver and passenger in the frontal tests and for the driver in the side crash test; the rear passenger side-crash test fared four stars. 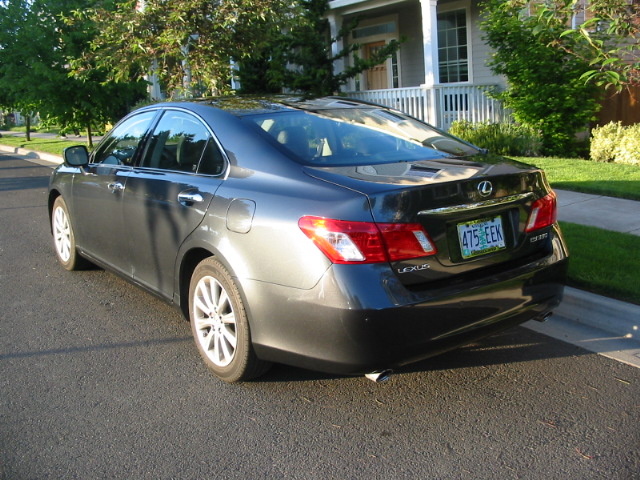 The 2007 ES 350 MSRP starts at $34,185. With options, it can reach into the low $40,000 range. Fuel economy is EPA-estimated at 19 mpg city, 27 mpg highway, and 22 mpg combined. For such a comfortable, plush, and tech-driven car, the ES delivers so much more space and refinement than smaller luxury cars costing just as much money. It is only, however, for drivers who prioritize comfort over all aspects of driving.

osamah VinAudit did not find a salvage record No Accidents

My Check engine light came on,VSC light and track control light and when I am at stop or a light the car would not drive and will have some problem breaking I have no problem before at all

I just bought a 2007 ES 350. After checking the tire pressure, I found all four were at 40psi. The door info sticker calls for 30psi. I usually run 32 psi in my tires. I decreased the tire pressure...

Where Is The Fuse Located That Operates The Truck Opener?

where is the fuse located that operates the trunk opener on a lexus es350?

After sitting for about 2 hours with the vehicle running i noticed the needle rising to the "H" when i began driving it cooled down but when i sat still it will begin to get hot again. We just bough...

Is It A Good Idea To Change Transmission Fluid And Filter On A Lexus ES?