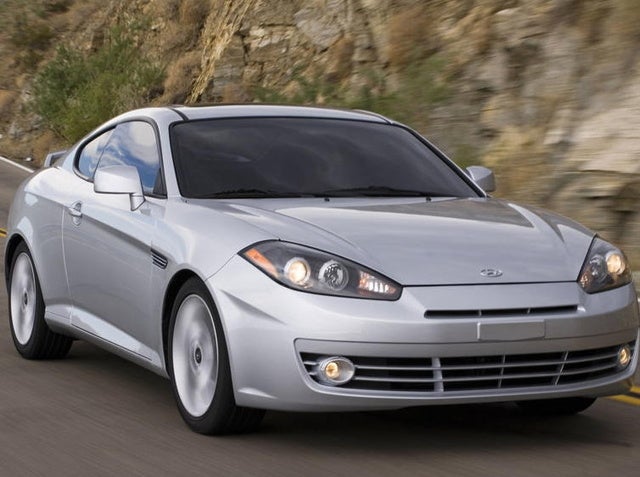 Looking for a Used Tiburon in your area? 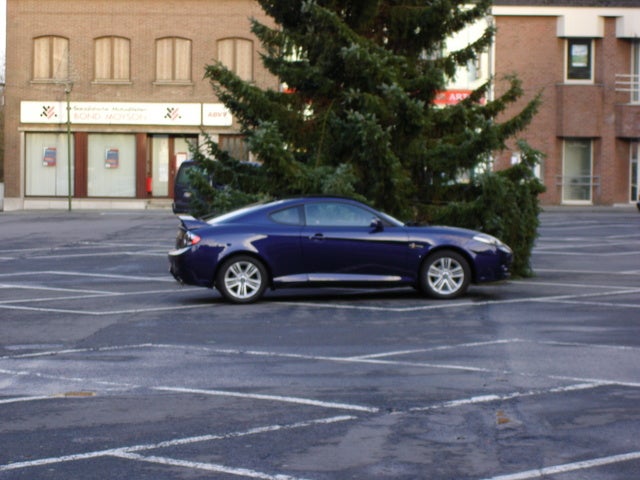 The Hyundai Tiburon two-door sport coupe received a facelift for 2007. Exterior design upgrades included new looks for the front and rear of the car, plus new bumpers, hood, headlights, taillights, and chrome-tipped dual exhaust pipes, all of which gave the Tiburon a sleeker, more contemporary look. Inside improvements included blue-illuminated instrument gauges and readouts, additional chrome and gun-metal accents, a tire-pressure monitoring system, and an MP3 audio jack for the six-speaker, 220-watt Kenwood AM/FM audio system with CD player (in all trims but the GT Limited).

The 2007 Tiburon was available in four trim levels, from the entry-level GS to the better-equipped GT and GT Limited to the sport-tuned SE. The entry-level GS was equipped with a 2.0-liter, double-overhead-cam inline four-cylinder engine that produced 138 horsepower, while the other three trims received a 2.7-liter, double-overhead-cam V6 that produced 172 horsepower.

A five-speed manual was standard for the GS, GT and GT Limited, while a four-speed automatic was optional. The GS was available with only a six-speed manual.

Standard features for the Tiburon included air conditioning, power windows and door locks, heated exterior mirrors, a remote keyless entry system, fog lights, dual front and side airbags, anti-lock brakes, and a rear spoiler. The GS came with 16-inch wheels, while the other trims were equipped with 17-inch wheels.

While drivers noted that the Tiburon was a good value, with an extensive list of standard features, sporty styling, and comfortable seating, some thought the coupe was underpowered when compared to the competition, especially for the four-cylinder model. Others noted that the Tiburon's handling could be less than responsive under hard driving, though adequate for round-the-town driving.

What's your take on the 2007 Hyundai Tiburon?

beauville Having driven sports cars all my life from 69GTX to a Tib SE today I can say for the $ this car is the best. Am considering headers and exhaust as this will add the thrust need and sound lacking. So for the price vs completion hands down this leaves one with the $ to upgrade. Handling is wonderous. Reliability @ 50,000 has been perfect. Tires MUST be rotated or else replaced early! I do not like the low profile deal.

Have you driven a 2007 Hyundai Tiburon?
Rank This Car

Looking for a Used Tiburon in your area?

i have a 2007 hyundai tibiron it had a engin overhaul and no it doesnt want to start, normally when you start a car the engin light comes on and when it start it goes off again now the light does no...

I have a 2007 hyundai Tiburon and when I start it, it has a very loud taping noise coming from lifters and valves and it gets louder as I give it gas also the oil is pumping by the lifters kind of ...