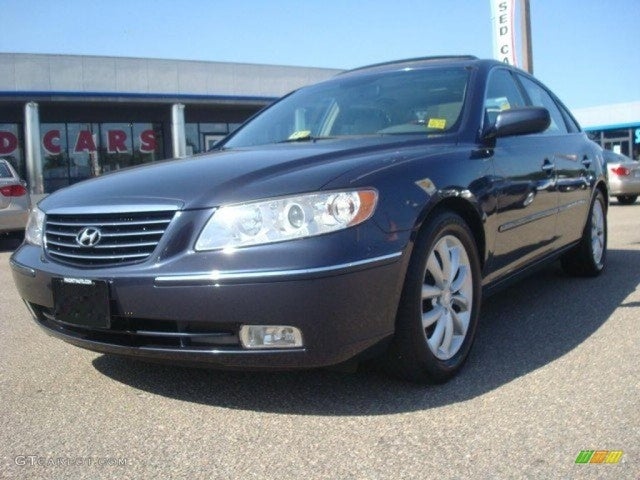 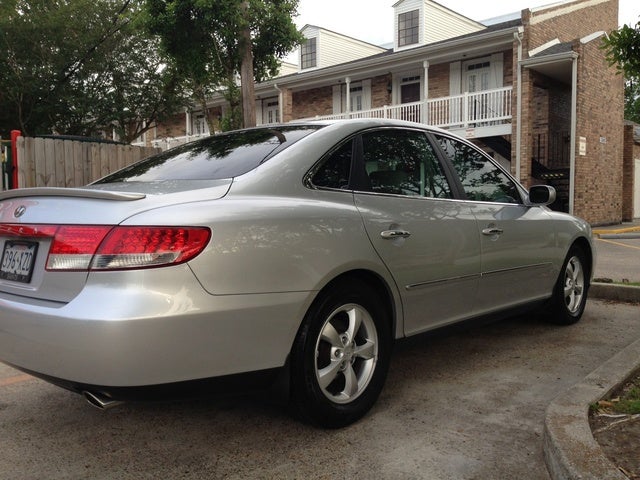 Hyundai entered the sedan market competitively when they released the Azera in 2006. For 2007, Hyundai's Azera received a number of the features that sedans today need in order to be successful. But first and foremost, the power. The 2007 Hyundai Azera has a 263 hp, 3.8-liter V6 engine under the hood, controlled by the 5 speed automatic transmission that is the only option. Gas mileage is about 19/28 mpg, not the greatest ever from a sedan, but certainly not bad. Anti-lock brakes, traction control and stability control all come standard as well.

As far as interior comforts go, the 2007 Hyundai Azera fits right into what has become standard for luxury sedans. Air conditioning, separate passenger and driver climate controls, a CD player, cruise control, a leather steering wheel with mounted controls, passenger and driver multi-adjustable power seats, power windows and locks, and front power lumbar support all come standard on both trims. Options just go above and beyond, with adjustable foot pedals, a CD changer, front heated seats, powered memory seats, leather seats, and a sunroof. If you can't get comfortable in the 2007 Hyundai Azera, then you shouldn't be driving. Just go back to bed.
Owners of the 2007 Hyundai Azera had almost nothing but good things to say about this new sedan. The praise even went so high that they were comparing the Azera to various Lexus models. Owners loved the performance, the myriad features, and how safe it felt to drive. There were a few scattered complaints that the gas mileage wasn't quite up to what was advertised, but is it ever? And most people were quite happy with the gas mileage. Consistent complaints did not exist in the reviews of the the 2007 Hyundai Azera that I read. From all accounts, this is a spectacular car, roomy, great to drive, and at a bargain of a price.

Users ranked 2007 Hyundai Azera against other cars which they drove/owned. Each ranking was based on 9 categories. Here is the summary of top rankings.

Have you driven a 2007 Hyundai Azera?
Rank This Car

Battery good,won't tun over all lights are on,no clicking noise

why do my headlights and interior light dim while driving? Sometimes my whole panel lights up like everything is failing and i momentairly loose power then everything is fine again...what is this????...

My Driver Side Door Ajar Light On My Dash Is On Even With The Door Closed. ...

My driver side door ajar light on my dash is on even with the door closed. If I remove the switch and leave it off, would that still drain my car battery?

Do you all do trade ins?