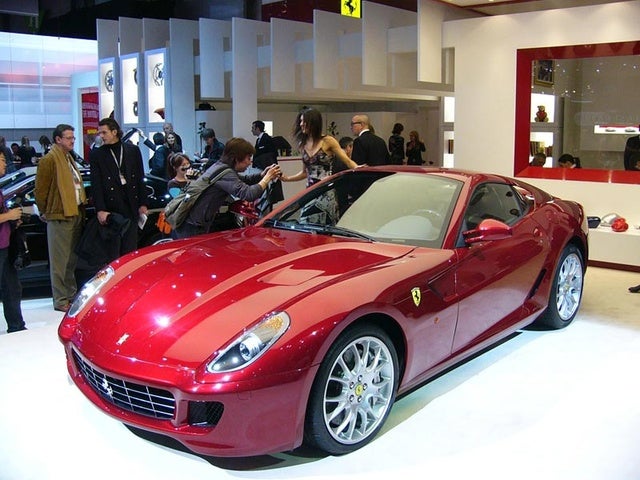 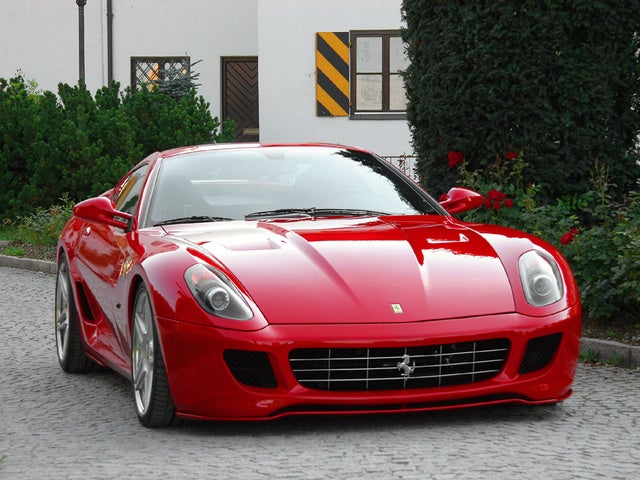 The 599 GTB Fiorano has been called one of the greatest Ferrari road cars ever - until the next model arrives. Sculpted by Pininfarina and the wind tunnel, the 599 is drop-dead gorgeous. And the engineering can only be described as drop-dead amazing.

Power transmits through another engineering wonder: the F1-SuperFast six-speed transmission. This clutch pedal-less transmission incorporates an electronic clutch and shifts at electronic speed. In its most aggressive mode, the F1-SuperFast transmission can wing off shifts at 100 milliseconds (0.1 second) - current Formula 1 race cars shift in about 50 milliseconds. Put in the appropriate "mode," the 599 will launch without wheel spin to pick off those amazing acceleration numbers.

The 599's semiactive suspension glues it to the road when those twelve cylinders begin to sing. Combining a front and rear forged-aluminum double-wishbone suspension with magneto-rheological dampers (first time for Ferrari) - similar to the system in some Corvettes - the system reacts four times faster to road dynamics than traditional oil-based dampening systems. Reviewers unanimously report handling that matches any sports car's with a lack of the harshness associated with those shorter-wheelbased two-seaters. Yet the roomy and impeccably finished 599 drives like a daily driver.

The Ferrari 599 GTB Fiorano makes grown reviewers wring their hands with consternation as to how to raise a quarter of a million dollars to possess one. It's really that good.

What Oil Dose It Run On