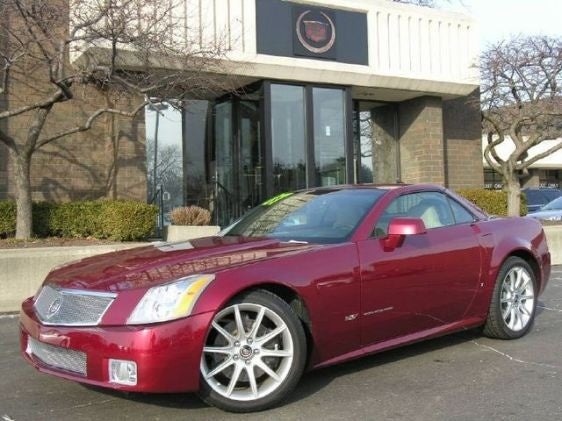 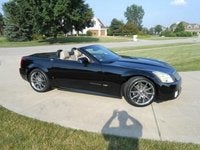 Looking for a Used XLR-V in your area?

If you're shopping for a high-performance sport convertible, the 2007 Cadillac XLR-V delivers. Cadillac has packed a 443-horsepower, 4.4-liter, supercharged Northstar V8 under the long, elegant hood of the XLR-V, a sizable increase over the 320-hp V8 in the standard XLR. That supercharged powerplant makes the XLR-V the fastest vehicle in the Cadillac stable for 2007, and it follows that it's also the most expensive Cadillac, with a price tag in the six figures.

That puts the XLR-V firmly in the realm of other high-performance convertibles from Mercedes-Benz, BMW, and Porsche, including Mercedes' AMG models and BMW Ms. It's certainly admirable to have a domestic car playing with the big boys from Europe, but the question for many drivers is, how does the XLR-V stand up to the competition?

The answer, for the most part, is fairly well. Critics and drivers alike give mostly high marks to the XLR-V's powerful engine. Handling, stability, and balance also get positive marks, thanks to such features as a StabiliTrak electronic vehicle stability enhancement system, Magnasteer rack-and-pinion steering, and performance-tuned Magnetic Ride Control. Even the XLR-V's six-speed Hydra-matic automatic transmission has been singled out for its smooth shifting.

If there's any component of the XLR-V that seems to fall short, it's the vehicle's interior space, which feels cramped to some. Trunk space is also limited when the top is down. (For the record, the XLR-V's automatic retractable hardtop takes less than 30 seconds to retract and stores in the trunk.) Some also note that the steering isn't as responsive as expected for a car in this league.

As far as the exterior design is concerned, the XLR-V builds on the angular look that's been perfected by Cadillac over the past few years, and both drivers and critics have responded positively. Overall, the XLR-V gets high marks, with many calling it a fun car to drive. In fact, many note that the biggest drawback of the XLR-V is that six-figure price tag.

Of course, you get plenty for your money, including a deluxe leather-wrapped steering wheel, aluminum and Zingana interior wood accents, a Bulgari-designed instrument cluster, and a nine-speaker Bose AM/FM stereo system with a six-disc in-dash CD player and DVD-based navigation on a 6.5-inch color display. Plus, the XLR-V is American-made, and for many that's an asset that makes this speedy luxury roadster well worth the price.

Have you driven a 2007 Cadillac XLR-V?
Rank This Car

Looking for a Used XLR-V in your area?

Very Worried From Online Reviews Of Carmax Alot Of People Say There Expieri...

the carmax online reviews are terrible alot of unhappy customers and all say the prices are too high vehicles arent what they are presented as online bait an switch not mike but its alot of bad revi...