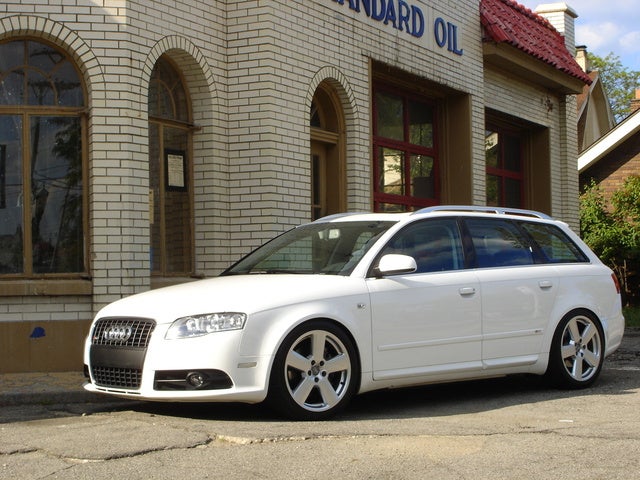 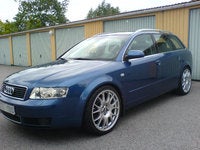 Introduced in 1998 and refreshed in 2005, the 2007 Audi A4 Avant is the wagon version of the popular mid-size sedan. Based on the same platform, the 2007 A4 Avant comes with either a 2.0-liter, turbocharged I4 that hits 200-hp or a stronger 3.1-liter, 255-hp V6 engine. Both come with a choice of 6-speed manual or 6-speed Tiptronic transmissions. The A4 Avant is a quattro all-wheel drive vehicle only.

With seating for four, the 2007 A4 Avant features split-folding rear seats to expand the cargo capacity to 60 cubic feet. Though it is a wagon, the rear seat legroom can be cramped, according to owners. But Audi tries to make up for that by packing its wagon with a lot of creature comforts, including full power features, a power driver's seat, dual-zone climate control, fog lights, cruise control, and a 6-CD changer with MP3 playback. The 3.2 quattro adds on a sunroof, leather seats, dual front seat power, wood trim, shift paddles, and larger 17-inch wheels. New features this year are optional heated seats, trip computer and all-season 18-inch tires on the 2.0T.

Various option packages add a sports suspension and performance tires (S-Line), heated leather seats (Premium), and a remote control garage door opener (Convenience). Stand-alones include a navigation system and rear parking sensors. The 2007 Audi A4 Avant is a popular alternative to an SUV, as it handles more like a car, is safer, and has better all-wheel drive handling than most SUVs. And the fuel economy is usually better too. As with many Audi owners, drivers love the quattro performance and interior comfort. There is some reported turbo lag with the 2.0T, and the cramped backseat is a disappointment.

Where Is My Oil Leak Coming From?

I am wondering what this line is called underneath my 2007 Audi A4 Quattro on the passenger side. I recently got my oil changed (less than 400 miles ago) and my minimum oil line came back on (was ...

My 2007 Avante Tail Light On The Passenger Side Leaks A Little Water Into T...

Hi I Have An Audi A4 Withe No Heating Had The Car Flushed Twice And Changed...