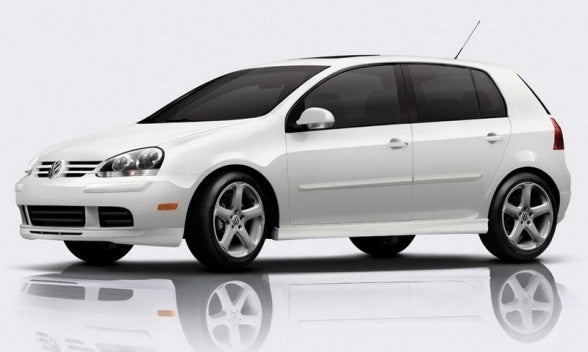 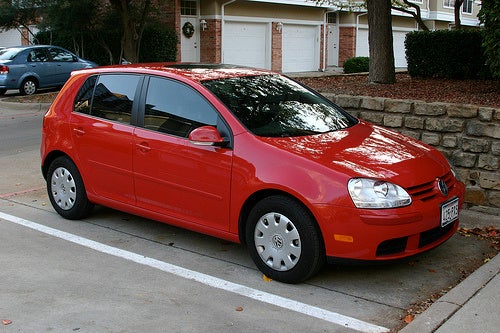 The Rabbit is back -- or at least the name is back. When Volkswagen introduced the Golf in the mid-1970s, it used that name for its new car everywhere in the world, except for the U.S. market, where it dubbed the car "the Rabbit." But when the German automaker gave the car a major restyling in 1985, it changed the name from the Rabbit to the Golf for the U.S. market. (With us so far?) However, with sales of the Golf flagging in the U.S., VW decided to return to its original iconic nameplate, so once again, the Rabbit is running in America.

The Rabbit, which went on sale mid-year in 2006, is available in both two- and four-door versions. And other than the fact that it's a hatchback, the new version has little more than its name in common with the Rabbits of the late '70s and early '80s. First of all, it's made in Germany, rather than in the U.S. or Mexico. What's more, Volkswagen has gone to great lengths to deliver a car that offers both great value and lots of quality design features. For instance, its side impact and rear crash protection ratings were high enough to win an award from the Insurance Institute for Highway Safety. Other high-end features include a fully independent suspension system, an electro-mechanical steering system, and a laser-welded body for heightened body strength. Its also heavier and a bit larger than the previous Golf model, giving it more interior headroom and legroom in the rear seat.

Also new is the Rabbit's 2.5-liter 5-cylinder engine that pumps out a respectable 150 hp. The engine conforms to stringent zero-emissions guidelines and gets up to 30 mpg on the highway, according to VW. A five-speed manual transmission is standard, while a six-speed automatic with Tiptronic is available as an option.

Drivers have been quick to recognize the Rabbit's affordability (at least for the base models) and its German-made quality. They also have responded positively to the smoothness of its ride, its redesigned interior and exterior, and its economical gas mileage.

What's your take on the 2006 Volkswagen Rabbit?

Have you driven a 2006 Volkswagen Rabbit?
Rank This Car

Can I Change The Automatic Transsmition To Manual Of 2006 VW Rabbit?

I have a automatic 2006 VW Rabbit but its transsmition doesn't work correctly, I woukd like change to manual transsmition. Is it possible? What do you think? Thanks for comments.

Hope for some help here. I have a 2006 Rabbit I bought in 2008. Love it. Keys got lost. Took to VW dealership and they ordered two sets of blanks on 2 separate occasions. Blanks do not work. the...

car has traction control and front and side airbags... Is this a price I should pay for this car? Any warnings about a 2006 with 75,000 one-owner miles?

Why Wont My Car Stay Running?

I drove my car a little bit then left it home, The next day the battery was dead, i charged the battery 2 days ago. Well i just got it legal a day ago but now when i go to start it will start for a...