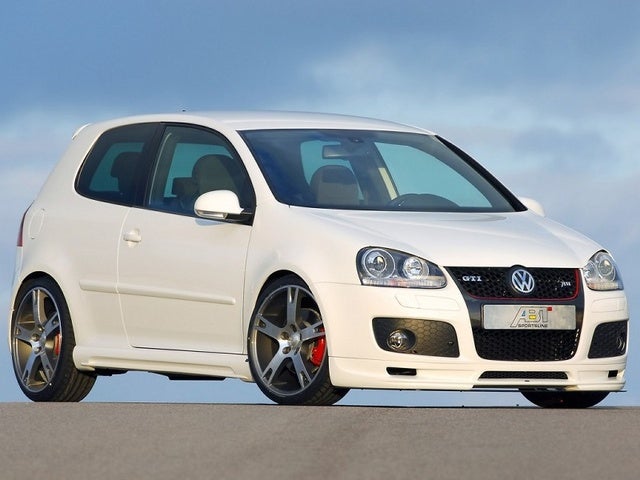 Users ranked 2006 Volkswagen Golf GTI against other cars which they drove/owned. Each ranking was based on 9 categories. Here is the summary of top rankings.

Have you driven a 2006 Volkswagen Golf GTI?
Rank This Car

SE auto drives and handles great. Comfortable, quiet and seems like its built well. Price is absurd. Controls are too - no knobs and so hard to use without taking eyes off the road. Kept me from the p... Read More

Good value for VW GTI Strim, lots of standard safety features. Blind Spot, lanes assistance, even have air vents for those sit in the back seat. Compare to subaru wrx base/premium, it has none I menti... Read More

Great to drive, comfortable and high quality finishes both inside and out! Love it. Read More

The GTI line peaked at the mk7.5 model in terms of overall value. It’s got the best silhouette and cabin design in my opinion. And there’s plenty of technology to pair with the exceptional driving exp... Read More

Great performing car if you like a stick. Nice interior. Comfortable seats even in bac Read More

I love everything about this car. The driving experience is excellent and I highly recommend getting a standard transmission for the full fun of driving:) The interior is laid out perfectly and its ... Read More

Its one of the best car on the actual market ! Drive it ones and you will not accept another car ! Very good quality ! Read More

Have you driven a 2006 Volkswagen Golf GTI?
Rank Your Car →