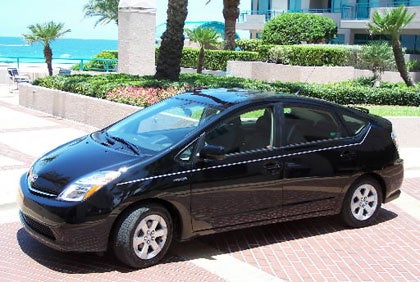 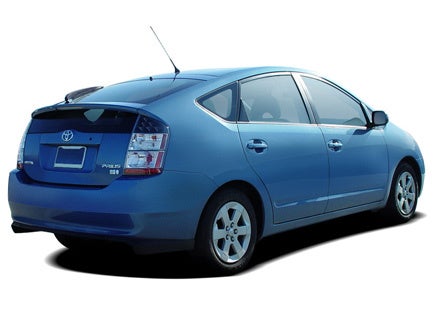 The highly popular Toyota Prius continues to garner attention throughout the world, and the 2006 Toyota Prius has been so popular that cars need to be ordered months in advance. The Prius remains primarily unchanged since its redesign in 2004. Changes for 2006 include a rear view camera, new airbags, and a better LCD display.

Toyota's Hybrid Synergy Drive system includes a 1.5 liter inline four engine, teamed with two electric motors. The first motor functions as a power generator, for engine startup and battery recharging. The second electric motor drives the front wheels, along with the engine. The total power output is 110 horsepower. The Synergy Drive system is paired with Toyota's continuously variable transmission. The gasoline engine practically lies dormant at city speeds, as the second electric motor powers the car by itself. The EPA estimate for the Prius is 60/51 mpg.

Have you driven a 2006 Toyota Prius?
Rank This Car

We are interested in pulling a Cricket trailer on a road trip. Can a Prius handle a weight of 1460 (unloaded)? If so, how expensive is it to install a standard 2 " ball hitch? Thank you!

43 views with 3 answers (last answer about a year ago)

Can't Seem To Get A Conformation Email Sent To Start Process?

If I try to edit email I get a error.

I Have A 2006 Prius That Is Unreliable When It Rains.

I have a 2006 Prius that is unreliable when it rains. By that I mean most of the time it runs fine, but 3 times now after I start driving in the rain for about 5 min, the Caution, anti-skid and tire l...

414 views with 2 answers (last answer about a year ago)

Sold Car Cash With Local Person And Telephone Communication I Believe He Go...

My buyer asked questions on Car gurus but we did not use CarGurusPay. I had it advertised locally so we have been talking on the phone to arrange the test drive. He paid in cash locally. Please info...