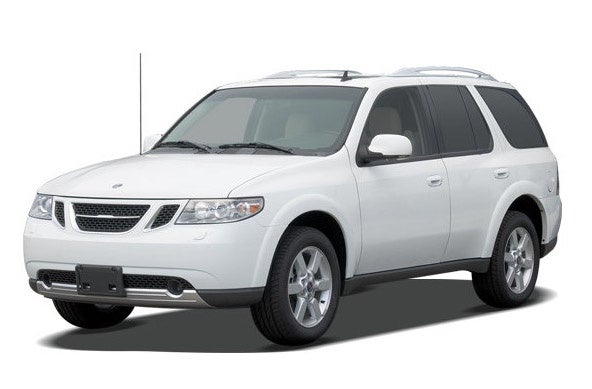 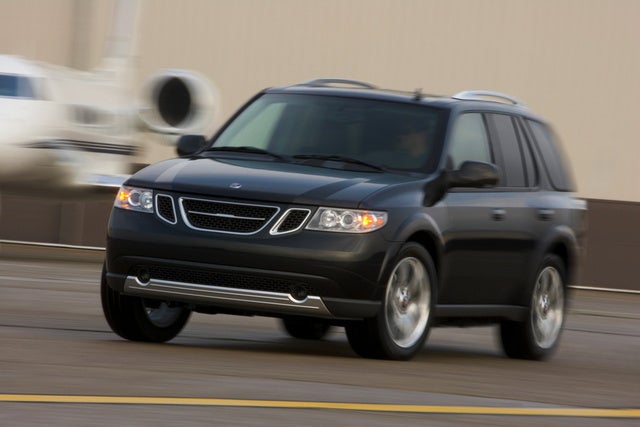 As the model years wear on, the GMT360 platform that underpins the Saab 9-7X does not age gracefully. The Saab 9-7X takes form in Ohio along side its mid-sized cousins: TrailBlazer, Rainer, and Envoy.

The exterior and interior received Swedish makeovers. The 9-7X presents a striking, sleek exterior unadorned with chromy knickknacks and badging - definitely Euro. Inhabiting the interior one finds a comfortable place that tries to be Saab, but for some reviewers, even with the center key starter switch, doesn't quite make it.

The two engine offerings: L6 with 290 hp and V8 with 300 hp are pure GM. The torque advantage of the V8 provides a rated 6500-pound towing capacity and more twist for passing maneuvers. Yet, the engines are GM dinosaurs with 15/21 mpg (L6) and 15/19 mpg for the V8, even with GM's displacement on demand (shutting down four cylinders at cruse speeds) giving an 8% fuel economy boost.

More evidence of nostalgia raises its silvered head in the form of the GM four-speed automatic transmission that couples with either engine. The 9-7X competes against SUVs that sport five and six speed automatics that do a more efficient job of gear selection and rely upon the more cost-effective V6 for motivation.

Reviewers seem to have tired of the 9-7X since its 2005 introduction finding it better than the standard GM offerings but no longer, if ever, up to the levels of competing SUVs. Overall, that seems to be the case for the 2006 Saab 9-7X - a pretty face, built on rapidly aging architecture.

It's a Saab but has the GM MOTOR 5.3 Smoking something terrible have tryed about everything I believe wondering if anyone may have had same issues

20 views with 5 answers (last answer about a year ago)

31 views with 4 answers (last answer about a year ago)

WTF Is Wrong With Chevy

What Is The Red Light Above My Rear Window Called