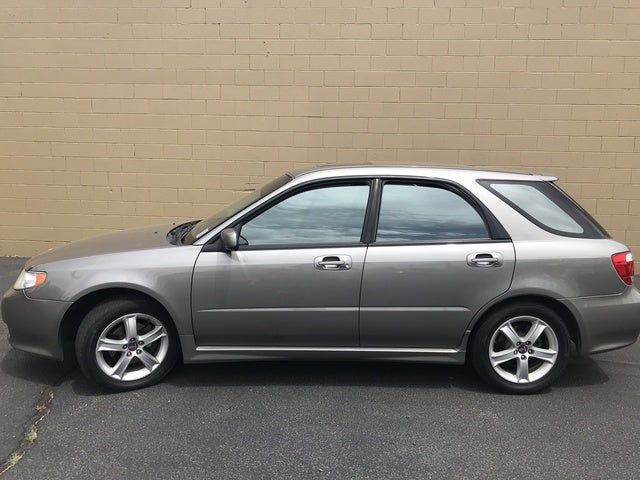 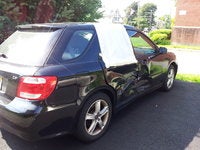 Looking for a Used 9-2X in your area?

CarGurus has 2 nationwide 9-2X listings and the tools to find you a great deal.

Based on the Subaru Impreza and Impreza WRX wagons, the Saab 9-2X receives minor changes for its second and last year in production. The base version, formerly the Linear, was renamed the 2.5i, reflecting its 2.5-liter engine, which gets an 8-hp boost to 173 hp. The high-performance Aero gets a 3-hp boost to 230 hp.

Both models come standard with four-wheel disc ABS with brake assist and electronic brakeforce distribution, along with Subaru's well-developed AWD system. Standard advanced safety equipment includes side-impact airbags and active head restraints. The National Highway Traffic Safety Administration rated the 9-2X four out of five stars on all crash tests, except for the frontal crash test for passengers only, in which it earned five stars.

Performance for the Aero focuses on Saab's retuning of the Subaru suspension, which results in better handling than the WRX wagon's. And the addition of the Subaru STI's rally-bred steering rack gives the Aero fast and precise steering. Acceleration, due to the extra weight of sound-deadening material and the addition of various upscale interior materials, slows about a second compared to the WRX, but the Aero is still plenty fast at 6.1 seconds for 0-60 mph. And overall, the Aero's ride is more compliant than a WRX's. Some reviewers, though they found the ride in the Aero more punishing than that of the base model 2.5i, enjoyed the Aero's more spirited handling.

Some criticized Saab's price point on the 9-2X, pointing out that its competitors in this premium compact car segment, such as the MINI, Acura RSX, and even the Subaru Impreza, offer lower starting price points. Also drawing criticism were the lack of rear-seat legroom and narrow rear door openings. Gas mileage for the Aero is rated at 20/26 mpg city/highway with premium fuel.

Shiloh51933 I own a 2005 Saab 9-2x and I must admit that it one of the most dependable vehicles I've ever owned. The interior ride quality is an improvement from its counterpart Subaru Impreza wagon. Excellent handling, nice firm ride without sacrificing too much comfort over bumps. Very rare to find a small hatchback with AWD. Servicing and repairs on these vehicles is fairly painless...mostly preventive maintenance than repairs though. Excellent vehicle!!

Looking for a Used 9-2X in your area?

CarGurus has 2 nationwide 9-2X listings and the tools to find you a great deal.

i just got the car a few days ago but already im wondering, what would make it possible to swap the saabs boxer 4 for a wrx's boxer 4. what would i need to do to make this all possible

Im Considerin Dropping An Engine From A Wrx To Replace The Boxer 4 The Car ...