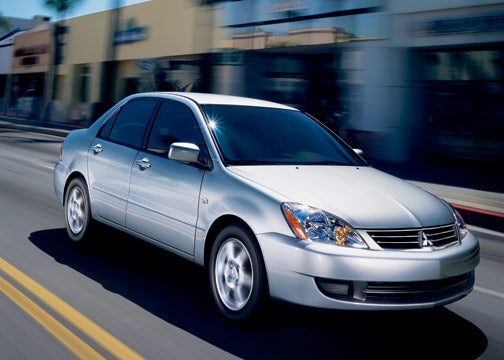 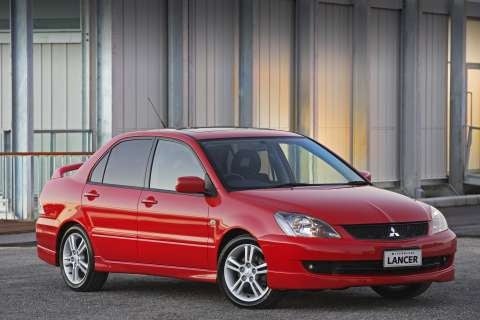 The Lancer sedan receives a series of notable updates for the 2006 model year. Changes for this current year include a revised front fascia, higher-quality seat fabrics, and daytime running lights.

Four Lancer trims are offered for 2006. The ES, O-Z Rally, and Ralliart styles return, and Mitsubishi will add a new SE later in the year. The SE is slotted between the ES and O-Z, and it adds several convenience and appearance items to the ES's feature list. The ES receives redesigned wheel covers and a rear stabilizer bar, and side-impact airbags are now standard on the Ralliart. ABS is a new option for the ES and O-Z Rally.

The ES, SE, and O-Z Rally are all powered by Mitsubishi's 2.0-liter inline four, making 120 horsepower and 130 pound-feet of torque. This power plant can be mated to a five-speed manual or an optional four-speed automatic. The Ralliart gets a 2.4-liter inline four, which delivers 162 horsepower and 162 pound-feet of torque. The same transmission options apply. Fuel economy for the 2.4 is estimated at 23/29 mpg with the manual and 22/28 mpg with the automatic. The 2.0-liter engine will see mixed-driving averages in the high 20s.

The Lancer is a class leader in the interior space, standard features, and ride quality departments. Both engines are considerably refined, but loud enough to accent the sporting intentions of the car. Road and wind noise are aptly muted, according to reviewers. The Ralliart is the best choice for handling and acceleration, and the standard ABS improves braking feel.

Consumers have noted that the Lancer's interior is well-designed, with thoughtfully placed and easy-to-use controls. The overall interior ambiance suffers from an abundance of plastic, but seating comfort and positioning make for an enjoyable drive.

What's your take on the 2006 Mitsubishi Lancer?

GuruW8MLQ problems with light + light direction left and right, injection valve, transmission box altogether stopped some time, there is a control box regulator all the listed

Have you driven a 2006 Mitsubishi Lancer?
Rank This Car

I Want To Know Why My Car Won't Idle It Had Water Put In The Tank But I've ...

91 views with 1 answer (last answer about a year ago)

Hello i have a lancer 2006 that wont start unless you jump it any solution??

i remove some fuse and replace it as it is. after that my car auto door not working. even car clock, internal light and cigarette lighter not working