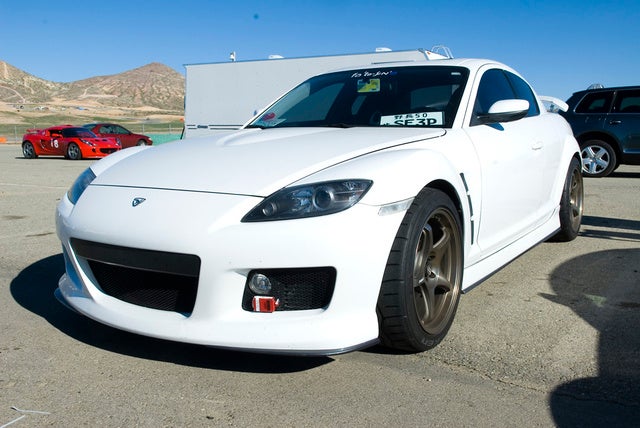 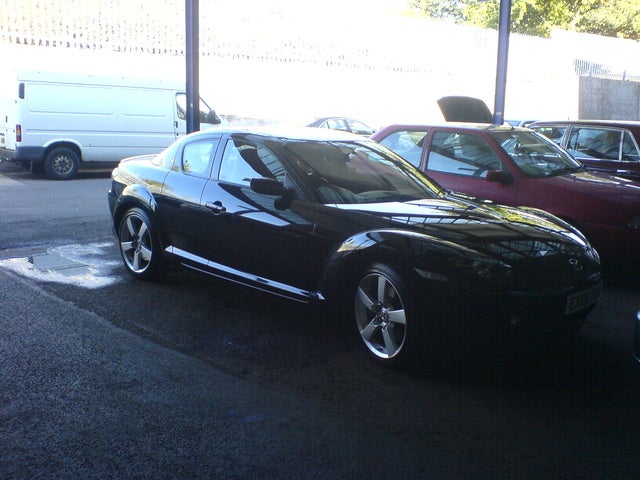 Mazda made only a few minor upgrades to its RX-8 four-seater sport coupe for 2006, such as a new six-speed Sport AT automatic transmission, which replaced the previous year's four-speed automatic. There was also a slight boost in power for the RX-8 models equipped with the automatic transmission, from 197 hp in 2005 to 212 hp in 2006.
Standard features for the 2006 RX-8 included air conditioning, power windows, power door locks, dual airbags, anti-lock brakes, cruise control, a leather-wrapped steering wheel with a tilt steering wheel column, steering-wheel-mounted controls, a tire pressure monitor, and an AM/FM stereo system with a CD player.
Options for the RX-8 included power seats, a sunroof, a navigation system, traction control, stability control, leather seats, heated front seats, and a CD changer. Most of the options were available as part of premium packages.
Naturally, a car like the RX-8 was designed to be fun to drive, and according to many drivers, it was just that. Handling and responsiveness were sports-car-like, but the car was roomy enough for four passengers, giving it a bit of a dual nature. The engine was smooth, as was the ride, and many drivers liked the car's styling, although some found it a bit underwhelming. Fuel economy was not as good as in some cars, drivers noted, but others pointed out that this was a sports car, so gas mileage was not expected to be one of its positives.

How Fast Can It Get Up To?

hey guys. i have a 2006 RX8 Shinka Edition. I have 81k on my car. Recently (5 days ago mazda sent me a brand new rotor motor and the dealership installed everything at no charge to me. Reason why is i...

Changed the oil cooler hose and now I have no oil pressure and the cat won't start any ideas what it might be.

Get fumes in cab of my car