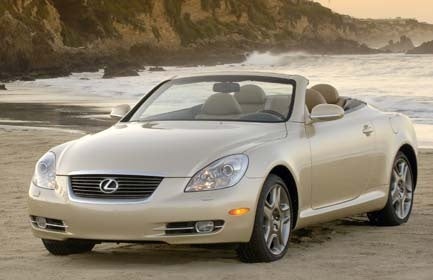 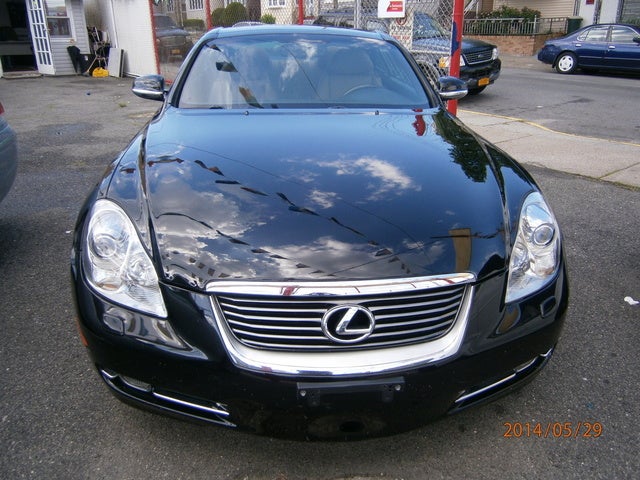 The 2006 Lexus SC 430 received some minor exterior trim adjustments. A new six-speed automatic transmission replaced the five-speed. This second generation SC had received a much-needed redesign in 2001, and a new retractable-roof hard top coupe emerged. The SC 430, as its name indictates, utilized the same engine as the significantly larger Lexus flagship, the LS 430. The convertible coupe has also been marked by its high resale value.
The SC engine was a 4.3 liter V-8, which provided 300 horsepower and 325 pound-feet of torque. The coupe was surprisingly heavy. At over 3800 pounds, it weighed considerably more than the IS sedan, and earlier versions of the ES and GS series. Despite its bulk, the SC 430 accelerated form 0 to 60 mph in six seconds. Large brakes halted the SC from 60 mph to a stop in just 121 feet. Fuel economy was rated at 18/23 mpg.
The SC 430 embodied the original Lexus goal of combining European styling and luxury with Japanese durability. The new SC design was the product of a collaborative effort with Europeans. The retractable roof seemed to be the hands-down favorite feature. Because the coupe was positioned at the high end of the Lexus price scale, its standard amenities were similar to that of the LS. A DVD-based navigation system, Bluetooth, Mark Levinson audio, walnut trim, and headlamp washers were all included.

hblexus2006 Love it, just can't find an a/c control module. Looking for used or reconditioned part because I am not completely sure that will fix it.

How Do I Write A Positive Review From A Dealer

How do I write a positive review from a dealer I purchased a car from?

After somebody agrees to buy my car what is my next step?

where is the AUX located? And how can I play music stored on my smartphone?

Likely Cause Of "squeaking" Type Noise, Like Front Bushings On Other Vehicl...