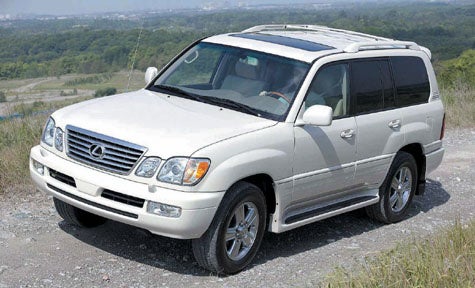 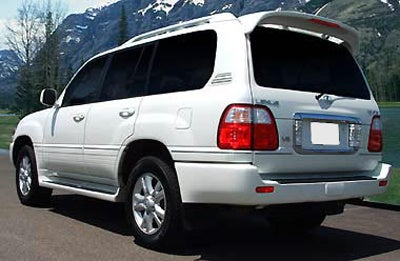 In 2006, Lexus attempted to address one of the most nagging problems with the LX 470: the lack of power. For years, drivers had lamented about the sluggishness of the luxury SUV. Passing and merging were sources of frustration, and acceleration through the higher gears took considerable time. What other complaints could there be? The LX was essentially a fusion between the high line LS series and the capable Toyota Land Cruiser.

The same 4.7 liter V-8 engine was now good for 275 horsepower; 40 horses beyond the 2005 model. This LX boasted a 0-60 time of 8.9 seconds and a quarter-mile of 16.6 seconds. Not bad for 5400 pounds. Also new was a tire-pressure monitoring system, and a standard 11-speaker Mark Levinson audio system. There were some minor exterior styling changes, which included LED taillamps and 18-inch alloy wheels. New exterior colors included Classic Silver Metallic, Crystal White, and Cypress Pearl.

Drivers continued to list ride quality as one of the best features of the LX. The Adaptive Variable Suspension has a variety of settings for shock absorber firmness, factoring in driving style, road conditions, and vehicle load. A more powerful engine did nothing to reduce complaints about fuel economy, which at 13/17 made the cost of operation rather high in 2006.

Guru99PZX4 Very nice car. Smooth, comfortable ride. Adequate acceleration, good but not great handling, very capable off-road, and a vehicle with a broad range of capabilities. Should have been designed with use of regular octane gas and should have a larger fuel tank. All in all, no complaints for a very capable vehicle.

My Lexus LX 470 (2006) has near total electrical failure. The battery had died and to bring it to the shop I went to jump start it from my other car. It sparked when I hooked up the cables, and th...

After Replacing Battery, Antenna Only Goes Up About 4 Inches. What Can I Do...