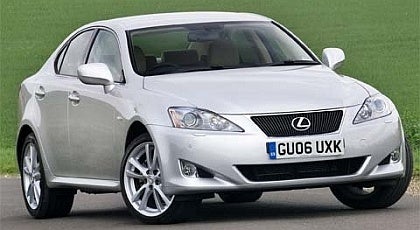 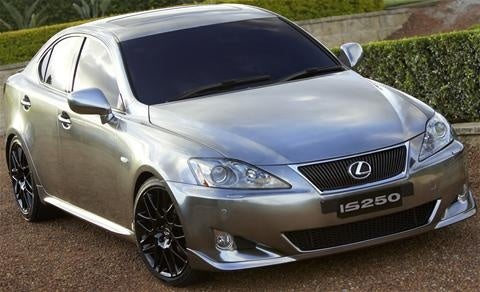 In 2006, the IS compact sports sedan series split into two engine options, creating the IS 250 and IS 350. The IS sedan was originally introduced in 2001, and later became available as a compact wagon. For this new generation, the wagon had vanished but AWD was now available.
The IS 250 was equipped with a more modest V-6, displacing just 2.5 liters. While it was the smallest Lexus engine since the original ES, it generated a substantial 204 horsepower and 185 pound feet of torque. The IS had bulked up to over 3600 pounds, as part of an effort to increase interior space, but it still sped from 0 to 60 mph in about 8 seconds. A six-speed manual transmission was standard, but a six-speed automatic was available. The IS ran best on premium fuel, and consumed it at a rate of 24/32 mpg.
While the IS 250 certainly offered a stable and comfortable ride, its 204 horsepower engine left it in the dust of compact German competitors. The 350 offered considerably better performance. Lexus had revised the the interior for the new generation, to provide a fit and finish more in line with luxury expectations. The SmartAccess keyless system was included as standard equipment. A touchscreen navigation system, Bluetooth capability, back up camera, and premium Mark Levinson audio were available as options.

Users ranked 2006 Lexus IS 250 against other cars which they drove/owned. Each ranking was based on 9 categories. Here is the summary of top rankings.

It sounds like the starter is not engaging. Changed the starter and the car still will not start

My VSC light just came on along with my check engine and traction light. What do I need to take care of this.

313 views with no answers yet

Warning Lights! My 2006 Lexus IS250 with 103K miles runs fine without Warning Lights appearing on the dash and then they will suddenly appear and remain on until the ignition is switched off and th...

Car will start but drive belt will not turn