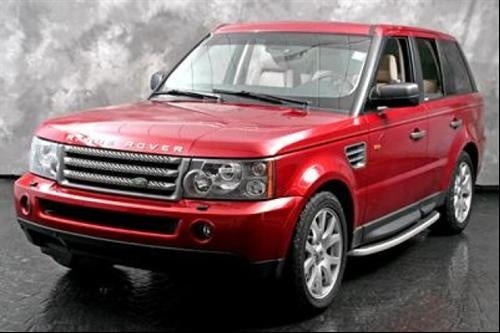 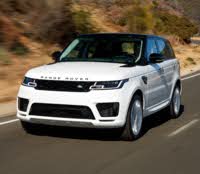 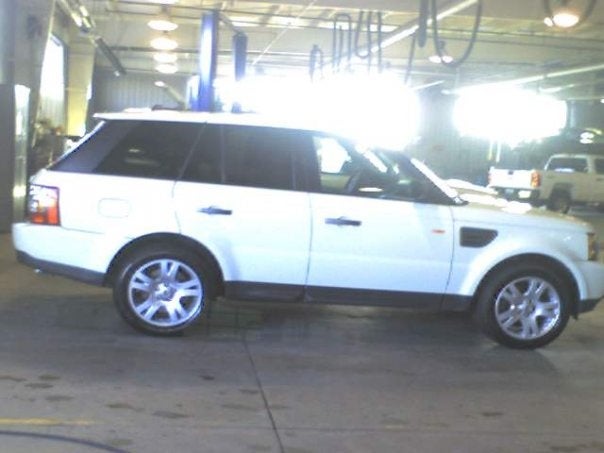 The 2006 Land Rover Range Rover Sport qualifies as a member of the exclusive starship SUV fleet: Porsche Cayenne and BMW X5. Land Rover, owned by Ford, which also owns Jaguar and Aston Martin, raided the parts bins of its British cousins to engineer the Range Rover Sport as a sports car in SUV sheet metal.

Power flows through Aston Martin's brilliant CommandShift six-speed adaptive automatic transmission that sets itself to "sport" when its senses high cornering speeds and hard acceleration. A four-wheel drive system with a two-speed, shift-on-the-fly electronic transfer case and locking center differential round out the standard running gear.

The Supercharged comes packed with an array of technological wizardry for roving any type of terrain.

Dynamic Stability Control electronically adjusts the stabilizer bar at each wheel to match the body lean based on the computer's analysis of steering angle and horizontal acceleration. Result - no lean, up to 0.4g later force, and then the system permits some body roll reminding the driver that even in a starship "things" can happen. When off road, the system decouples and allows full suspension articulation.

The Terrain Response system functions through a pop-knob in the center console that allows you to set the system for any of five driving conditions: normal, grass/gravel/snow, mud and ruts, sand, and rock. A flick of that knob sets ride height on the adjustable air suspension, shock valving, throttle sensitivity, and adjusts calibration for the stability control, traction control and ABS systems.

Adaptive Cruse Control allows the driver to maintain a choice of four programmed, time based following ranges. The system slows the Sport as the gap to the following vehicle narrows and then increases speed when the road clears. Get too close and an alarm sounds.

The Range Rover Sport has earned considerable praise from owners and testers for its on-road ride quality, off-road capabilities, ample power supply, Rover's cutting edge 4x4 technology, and interior refinement. Shortcomings are few, but more finical reviewers would like to see a more aggressive base model and some additional cargo room.

What's your take on the 2006 Land Rover Range Rover Sport?

Have you driven a 2006 Land Rover Range Rover Sport?
Rank This Car

2006 land rover range rover sport automatic transmission does not allow to go into commandshift, so could shift gears manually, park/reverse/neutral/drive is fine, thanks

Has Anyone Had To Change Shocks And Struts On A 2006 Range Rover Sport?

I noticed going over speed bumps and dips, my car bottoms out. Suspension seems stiff and car doesn't drive as smooth and quiet. Wondering if this is the solution and how much does it cost?

Just got Car back yesterday from having a timing chain guides and chain replaced I go 30 miles down the road a oil light comes on and tells me I need to pull over I get to the stoplight and it dies...

My 2006 Range Rover Sport Won’t Raise Up I Can Hear The Pump Pumping But No...