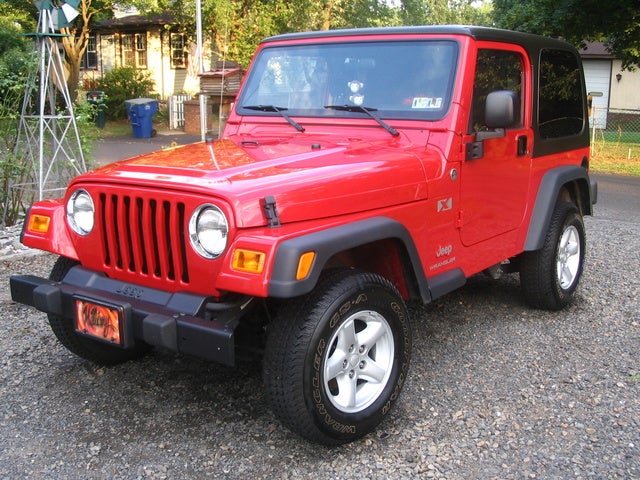 Users ranked 2006 Jeep Wrangler against other cars which they drove/owned. Each ranking was based on 9 categories. Here is the summary of top rankings.

Have you driven a 2006 Jeep Wrangler?
Rank This Car

Roll up windows and manual locks. How can you go wrong? Just what I was looking for. The 2 door wrangler is great for turning on a dime and of course off road and trail riding. The four door Jeep take... Read More

The two door is a fun vehicle to drive and even more fun when you remove roof, etc! Read More

I traded in a Wrangler to buy a new one. My old one had all terrain tires and the new one did not. I was kind of disappointed but after driving the new Jeep without the all terrain tires, I was amazed... Read More

Very Gorgeous vehicle I really would love to see how it drives on an off road! Read More

Great SUV, love the height getting in and out of it Read More

Features are nice....lots left off that can be added as options. Question the four cylinder, never tried it, but wonder about power. Nice look, sporty. Read More

Nice model but the pricing is ridiculous, even more than others considering the microchip issue, covid/supply and demand Read More

Just test drove it. Only thing that I thought it was missing was heated seats Read More

Review By Bob and Sherrie

Priced to high. The value is inflated beyond reason. Thanks anyway Read More