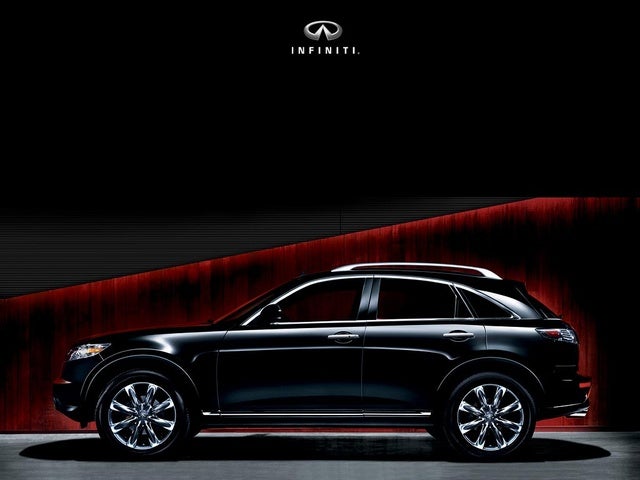 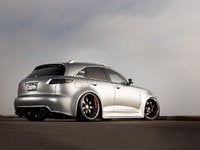 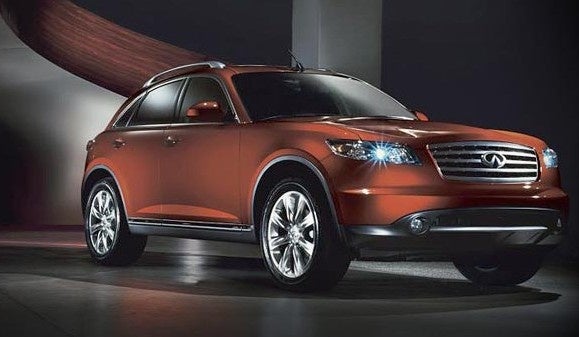 A luxury crossover SUV barely containing the heart and soul of a sports car, the 2006 Infiniti FX45 receives updated features and some styling tweaks. First on the list is a 5-hp boost to its 4.5-liter V8, which now delivers 320 hp and 329 ft-lbs of torque when paired with the 5-speed shiftable automatic. This translates to a 0-60 time of 6.5 seconds. Available only in all-wheel drive, which can be engaged on dry pavement but not taken off-road, the 2006 FX45 gets top safety ratings thanks to standard ABS brakes, electronic brakeforce distribution, traction and stability control, xenon headlights, and dual front, front-side, and side curtain airbags for both rows of seats.

Its rounded, muscular profile and wide stance make the FX45 look poised to pounce, and in 2006, the front end and 20-inch wheels get a slight update. The sport suspension is also revised, which means better handling and cornering, but a slightly rougher ride than more traditional crossover SUVs. Interior upgrades take many of last year's options and make them standard. This includes the rearview camera, which helps with blind spots caused by the sloping roofline and small rear window. Other new features include a Bose sound system, Bluetooth, a power tilt and telescopic steering wheel, and a 10-way power driver's seat with memory and an 8-way power passenger seat. The Premium Package, offering a sunroof, remote garage opener, automatic headlights, a cargo net and cover, and aluminum roof rack, is also now standard. Heated leather seats are back, but the leather has been upgraded to be even softer and more comfortable. New electro-luminescent gauges are easier to read.

With all its luxury and sports performance, it's easy to forget that the 2006 FX45 is also a functional SUV, though not as practical as most. Rear seats split-fold 60/40, opening up the 27-cubic-foot cargo area to 65 cubic feet. Most owners wish it had more cargo room and even a third row. Other complaints mention the limited rear headroom, the rough ride, low fuel economy, and problems with rattling. But the pros seem to far outweigh the cons, especially the throaty V8 engine's power and acceleration. Precise steering and cornering, a unique SUV style, and comfortable seats also help provide a thrilling ride for many drivers.

What has been changed??? tweety68