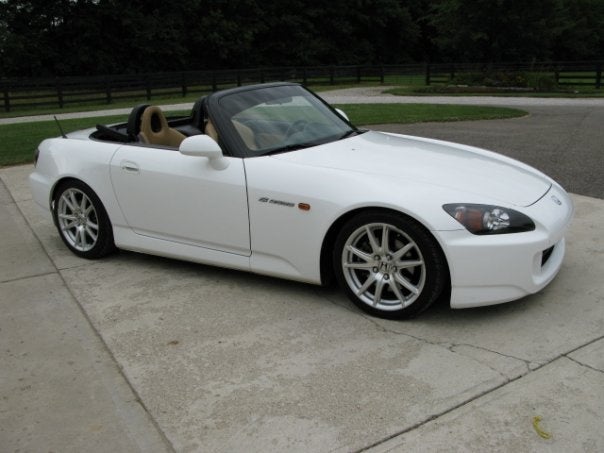 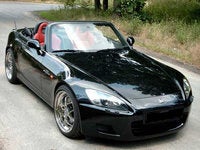 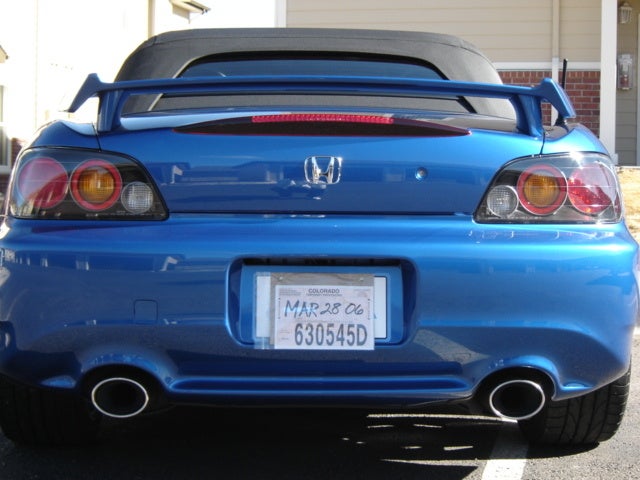 Honda’s gem of a sports car gets a number of practical technical upgrades for 2006 along with a few additional cosmetic touches.

Engine displacement was increased from 2.0 liters to 2.2 liters by lengthening the piston stroke, and the compression ratio was slightly increased. As a result, the S2000's DOHC four-cylinder VTEC produces 237 hp at 7,800 rpm with 162 lb-ft of torque at 6,800 rpm. Its redline has come down from a motorcycle-like 9,000 to 8,200 rpm. The driver’s foot is no longer linked mechanically to this jewel of a powerplant, as 2006 brings a drive-by-wire system that adds more precision to cruising control and integrates the new Vehicle Stability Assist (VSA). Coupled to this pure sports car engine is another jewel – a close-ratio six-speed transmission and light action clutch. Reviewers seemed beside themselves with praise for the drivetrain combination. Snicking through those gears, which seem perfectly matched to the high-revving four, reviewers have managed the 0-60 blast in 5.5 seconds. Honda gives 150 mph as the governed top speed. The EPA estimates 20/26 mpg on premium gas. Some reviewers averaged 24.6 mpg in driving that included 70% highway driving.

A retuned suspension makes the car a bit easier to handle at the limit. Front springs were tightened, while rear springs got 10% softer along with a thinner rear anti-sway bar, resulting in better grip and a more clearly defined transition from grip to drift. The electronics were sharpened to further refine the ABS four-wheel disc system. Some reviews felt the electronic steering wasn’t quite as communicative as that of a Mazda MX-5 Miata sports car, but you can still feel the thickness of the painted road lines. Canyon carving is an absolute blast, as the perfectly balanced S2000 screams through the corners as cleanly as the proverbial samurai sword through whatever. One reviewer complained that the seat backs were uncomfortable after several hours of driving. As expected, reviewers found the ride to be sports car-like – you feel the road, but it’s not harsh.

Reviewers found the interior “snug,” which doesn’t mean uncomfortable for a sports car. With its new seat design for 2006, everything is right at hand the way it should be in a vehicle designed as a driver’s car. Honda has gone electronic with its digital tachometer and speedometer displays in the updated console. The new headrest speakers add to the audio experience of the AM/FM stereo CD player.

Price-wise, the S2000 falls between the Mazda MX-5 Miata and the Porsche Boxster. As for smiles per mile, however, it is beyond the Miata and equal to the Porsche.

GuruM5TQW i have own..values don't show reality.i wouldn't sell mine for what they say it is worth.Oh,buy one you won't regret it.Best fun car i've ever owned.mine-2006 -24,000 miles - fun fun fun.

Users ranked 2006 Honda S2000 against other cars which they drove/owned. Each ranking was based on 9 categories. Here is the summary of top rankings.

The car has been covered every winter in a heated garage, washed in the summer, driven to get fluids changed yearly. I think it is rare to find a car with this few miles in this condition.

Anyone have ideas on what keeps draining the battery? Thanks.