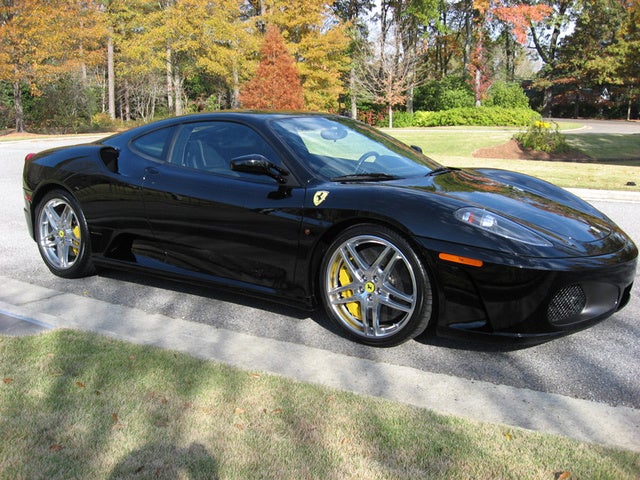 In its second year of production, the F430 saw no significant changes. Judging from the various exotic sports car comparison tests, reviewer lust reaches the highest levels when exposed to the F430.

Most reviewers cite the Ferrari 4.3-liter V8's siren song for their uncontrollable desire for this car. The mid-mounted engine sets world-class power-production marks at 113 hp per liter or 483 hp, yet can be quite tractable, being able to pull from 2,000 rpm or scream up to its 8,500-rpm redline. The F430 V8 Ferrari, like its V8 predecessors, uses a flat-plane crankshaft, which lines half of its connecting rods directly opposite the other half, so the crank looks flat when viewed head-on. Imagine two inline four-cylinder engines joined on the same crankshaft. According to Ferrari, this improves intake and power production. According to anyone with ears, this V8 exhaust note has an edge to it unlike any other piston-powered device on the planet.

All this power flows through either the standard six-speed manual transmission or the very expensive, optional Formula 1 style electro-hydraulic, paddle-shifted six-speed. From there another Formula 1 innovation, the E-Diff, an electronic differential, transmits torque to the rear wheels via the computer. Not only does the F430 shift faster than humanly possible, it also directs the torque where it's needed without the driver's intervention. The driver can, however, intervene and set the reaction speeds and intervention levels of these electronic marvels.

Another Formula 1 piece of equipment comes into play here, the manettino. Mounted on the steering wheel, this single control coordinates the traction control, stability control, F1 transmission's shift speed, and the firmness of the electronic shock-damping system. Stopping all this Formula 1 technology can be accomplished with more of the same. The optional $22,000 ceramic-composite brakes can haul the F430 down from triple-digit speeds all day long with out any perceptible fade.

Ferrari has applied the lessons and technology from its all-conquering Formula 1 racing team directly to its production cars. The F430 is a brilliant car from a brilliant lineage.

Why Is My Listing Gone

My listing has disappeared? How do I get it back on?