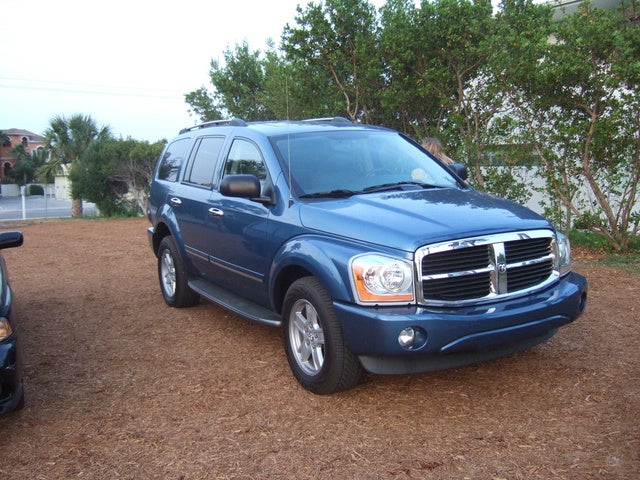 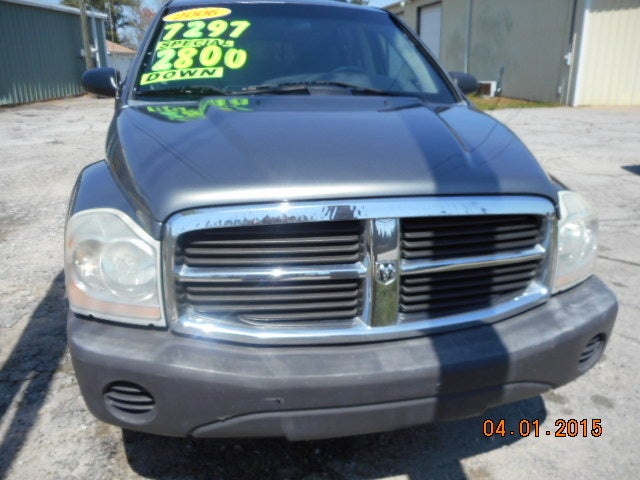 There is a lot of power packed into the 2006 Dodge Durango. Yes, it will haul groceries and a couple of baskets of fresh-picked apples on a sunny Sunday afternoon, but even if you want to haul 8,900 pounds of fresh-picked apples, it won't flinch. Powered by a 5.9-liter, 335-hp Hemi V8, the Durango tackles hills and highways with awesome power.

The 2006 Durango loses the ST trim, making the 2WD SXT with a standard 3.7-liter, 210-hp V6 engine the base model. Other trims include the SLT, Limited, and Adventurer, which is targeted at outdoor, off-roading, adventurer types - hence the name. SLT and above models come standard with the 4.7-liter, 235-hp Magnum V8. Available with two- or four-wheel drive, the V6 is paired with a 4-speed automatic transmission, and the V8s are paired with a 5-speed auto tran.

The Dodge Durango received a five-star front crash rating in 2005, and new in 2006 are more safety options, including electronic stability control and roll-sensing side airbags. An anti-skid system replaces the traction control. Inside, the third row in Limited models is now designed for three passengers instead of two, upping passenger capacity from seven to eight. A power liftgate comes standard in Limited trims.

The 2006 Durango is praised for its comfortable ride and muscle-car power, though it loses marks in stability and reliability. Interior comfort ranks high, though some drivers complain about the exterior front styling and rear visibility. Forget about gas mileage.

Nelson I am the original owner of a 2006 Durango SLT with 340,000 miles on it. These are the things I fix in 15 years. The water pump, Fuel filter that's inside the tank. , Alternator 4 times never get a refurbished one a new one did the job., The Transmission internal filter twice. Just drop the Transmission pan and you have access its easy., Radiator 2 times, AC Compressor, a few coils on the spark plugs and the final thing was the PCM Power Command Module. one of my cylinders was misfiring and I thought I needed My valve heads replaced. The rebuilt reprogrammed PCM fixed everything. Its running like new I cant believe it. Change your engine oil full synthetic and flush your transmission per manufactures recommendations and enjoy the ride. I hope this helps someone out there.

Have you driven a 2006 Dodge Durango?
Rank This Car

My headlights aren’t working but my high beams are?

130 views with 3 answers (last answer about a month ago)

Is There A Fuel Regulator On The Dodge Durango's Front Fuel Line?

Hi my Durango is leaking out gas when I turn the car on out by the left back passenger door. I was told the the fuel line blew, but that was all I was told. Is there a pump regulator there, that ma...

My Power Windows Do Not Work. The Is No Dimming When Trying To Use The Swit...

Hi, I recently replaced the battery on my 06 Durango, after connecting the terminals the headlights and hazards won't stop flashing, also there is a red dot blinking on the right top corner of the d...

I need to kno what other year Dodge Durango can i use for the ignition switch in my 06 Durango Sxt 4.7L V8 4WD?