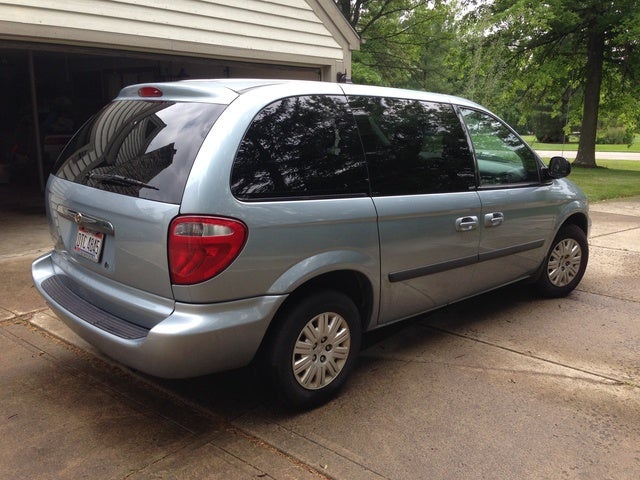 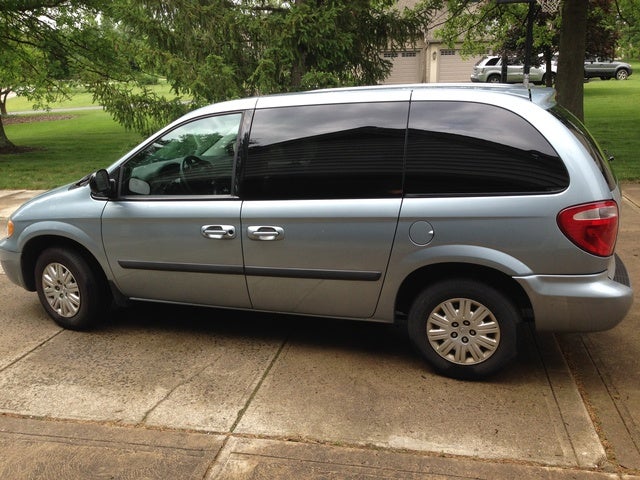 Chrysler has improved the safety of Town & Country minivan for 2006, by updating the side-curtain airbag system and reinforcing the roof and sides. There are no other significant changes.

In 2006, there are four T&C models available: Base, LX, Touring, and Limited.The Base model has an 113.3 inch wheelbase, while the other three models are longer, at 119.3 inches.

The Town & Country lineup covers a wide price range, with the Base and top shelf Limited separated by about $15,000. Chrysler presents the Town & Country as an upscale family vehicle, and even the base model comes equipped with standard features like a CD sound system, cruise control, keyless entry, air conditioning, and power windows and door locks.

At the second trim tier, LX, Chrysler adds heated power mirrors to the list of standard features. The Base and LX are similar in price, while the Touring model jumps above the LX by nearly $7000.

This third level trim includes dual power-sliding doors, a six speaker audio system, three-zone climate control, a power seat for the driver, and a power liftgate. Jump by about $7000 again for the Limited trim, which includes tri-zone automatic climate control, a memory seat function for the driver, a premium Infinity sound system with an in-dash CD changer, a navigation system and chrome wheels.

The Base and LX models house a 3.3 liter V-6, which provides 170 horsepower. The Touring and Limited models get a larger 3.8 liter V-6, making 200 horsepower. Both engines are mated to a four speed automatic transmission.

Users ranked 2006 Chrysler Town & Country against other cars which they drove/owned. Each ranking was based on 9 categories. Here is the summary of top rankings.

Have you driven a 2006 Chrysler Town & Country?
Rank This Car

Why does my steering emit a whining sound after about an hour of driving. My dealership keeps telling me they can't find a problem after three trips to two different dealers

Why Will The Radiator Fan On My Not Turn Off When Vant Is Shut Off.

The radiator fan came on 20 minutes after I drove it, it was 10 degrees outside, I did not drive hard, and the temp gauge was normal, it has good coolant levels, I had to disconnect the battery to get...

How To Remove Wiper Arm For Town And Country 2006 Chrysler

2006 Chrysler t&c battery went flat, put new one in. Now the lights in DVD player flash 3 on left to 3 on right back and forth. Ho and it says disk error can someone help