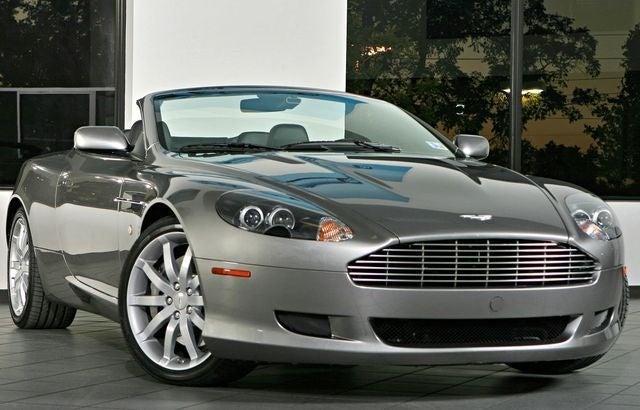 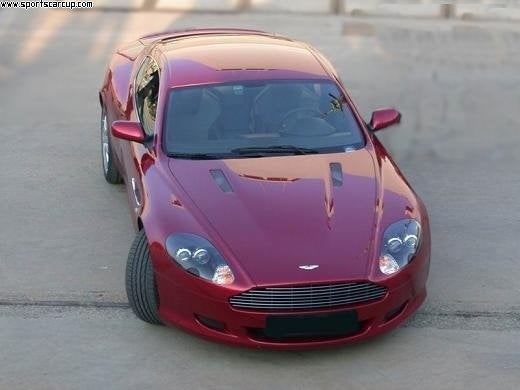 Besides some minor interior tweaks and more standard features, the Aston Martin DB9 remains the same for 2006. This top-shelf sports coupe packs some serious punch under the hood with a 5.9 L, 450 hp V12 powertrain and standard 6 speed automatic transmission. The DB9 comes in 2 main trims: the Coupe and the Volante Convertible. The Volante gives you standard 6 speed automatic transmission or optional 6 speed manual.

As you might expect with most sports cars, the DB9 guzzles gas at a rate of 12 mpg in the city and 18 on the highway. All 3 trims feature a long list of standard features that includes air conditioning, power windows, power door locks, power/leather seats, cd player, ABS brakes, traction control, and stability control. Navigation system comes as an option. The DB9 has 2 doors and seats 4 for those long trips to nowhere in particular. Top speed hits 186 mph and the DB9 goes from 0-60 mph in 4.7 seconds.

Overall, drivers like the V12 engine and sleek styling. In fact, they like it so much that they can overlook the gas-guzzling tendencies and other minor shortcomings. If you need a status symbol in the lower six figures, you can't do much better than the 2006 Aston Martin DB9.

Have you driven a 2006 Aston Martin DB9?
Rank This Car

Back passenger window goes up and down on its own. Should only do that when the convertible roof is lowered or raised? Any suggestions

I Can Not Send An Email For A Cerfax Report From Seller, You Blocked The Sa...

I am trying to have the seller send the carafe report on an Austin Martin Conv. The Message was blocked, could you get the report and send it to me?

Is The Convertible Top Rear Glass On A 2006 Db9 The Same As Any Other Car?

Just bought db9 volante. normally change oil when i get different car, but @ 70 for oil filter & $100 for mobil 1, can I trust the change oil lite to be accurate?

can u turn off the light with out going to the dealer?