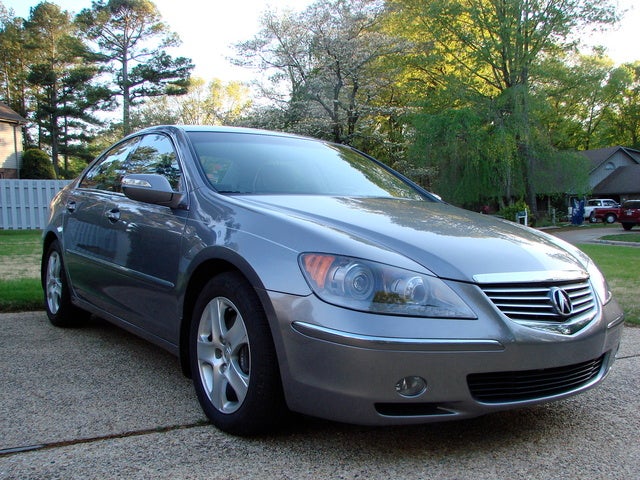 After a complete redesign in 2005, the 2006 RL built a little more on the technological aspects, but left the styling alone. A new optional RL technology package includes Adaptive Cruise Control, Collision Mitigation Braking, and Michelin PAX Run-Flat Tires. Combined with the pre-existing features, this makes for a very safe car from Acura.

Drivers loved the embedded technology in the car, including a year's free subscription to XM radio, the Bose stereo, and the navigation system with traffic information incorporated. The major complaints center on poor mileage and on the car being less luxurious than others in the luxury sedan class.

bhavedikian The author of the above article didn't do his homework or doesn't realize that SAE adjustments were made for HP and torque output on all cars this year. The motor is exactly the same and didn't lose any power, it is just a reflection of the changes of SAE of the HP and torque are measured. They are more accurate at 290hp and 256 ft/lbs of torque.

Brand new battery and car wont start right up until after a few attempts.

How To Make A Car Bluetooth Compatible

I have an 2006 Acura RL. I use the radio transmitter but its still crappy and you can't hear the actual quality of the sound system. Is there a possible way to make the car Bluetooth compatible? or ev...

How Do You Remove The Rear View Mirror From An 2006 Acura RL?

The rear view mirror on my 2006 Acura RL is getting all sorts of odd shaped white lines inside the glass (some look like snowflakes). I bought an Acura replacement but I am having trouble removing the...