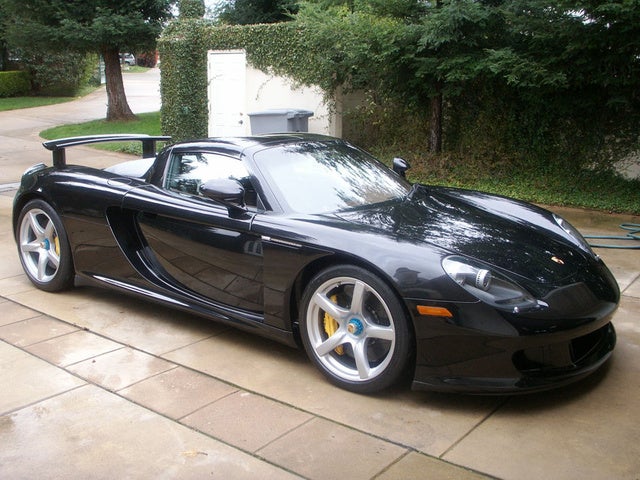 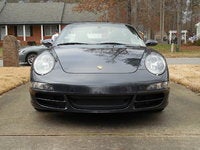 Looking for a Used Carrera GT in your area?

CarGurus has 6 nationwide Carrera GT listings and the tools to find you a great deal. 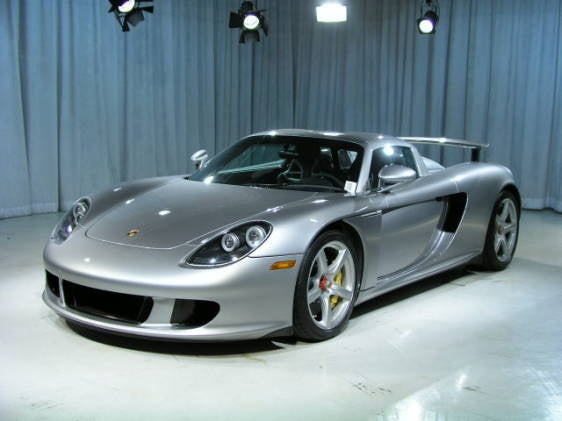 The automotive press understands that the world's supercars are race cars in street clothing. Among those street clad rocketships, the Porsche Carrera GT stands out as the most streetable. Of course, at $440,000 a copy and only 1500 copies, they are also as rare on the street as the proverbial "hens teeth." For 2005, there are a few minor updates to make it even more streetable. A glassscreen has been added between the safety bar hoops, seat height adjustment with additional thigh bolstering, a magnesium cover with the car's chassis number mounted on the center console, and a built-in trickle charger added to keep the battery charged when the engine is off.

The basics remain to thrill those who can afford them. An all-aluminum 5.7-liter V10 mid-mounted engine that produces 605 hp at 8,500 rpm screams from 0-60 in 3.5 seconds, though most reviewers got 3.8 second runs. That engine directly descends from Porsche's 1998 LeMans victory GT1 racecar, as does much of the Carrera GT's mid-engine layout. Set in a carbon fiber chassis and surrounded by high tech materials, the GT employs a stainless steel, pushrod suspension design with double-track control arms at all four corners. Reviewers comment that this innovative suspension system adds to the streetability of the GT where prior race car suspensions would beat up a daily driver. Fitted with specially developed magnesium wheels that weigh less than the tires that envelop them, the Carrera's handling is supercar level. Yet, reviewers enthused over its ease of control.

The two-seater has removable roof panels that stow in the forward limited trunk area. Seating in the elegantly simple cockpit is comfortable by supercar standards. Shifting is short, sweet, and via a six-speed manual transmission. The hang-up for some reviewers seems to be the racing style ceramic clutch that takes some skill to master. Once underway, however, reviewers fall over themselves with praise for the handling and road feel of the Carrera GT. Comparisons with Ferrari's now legendary Enzo supercar are common, with a favorable nod given to Porsche's interpretation of the supercar.

What's your take on the 2005 Porsche Carrera GT?

Have you driven a 2005 Porsche Carrera GT?
Rank This Car

Looking for a Used Carrera GT in your area?

CarGurus has 6 nationwide Carrera GT listings and the tools to find you a great deal.

Whats The Engine Size Of The Carrera GT?