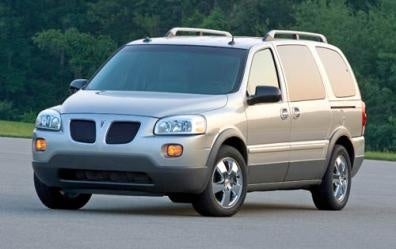 Looking for a Used Montana SV6 in your area?

CarGurus has 18 nationwide Montana SV6 listings and the tools to find you a great deal. 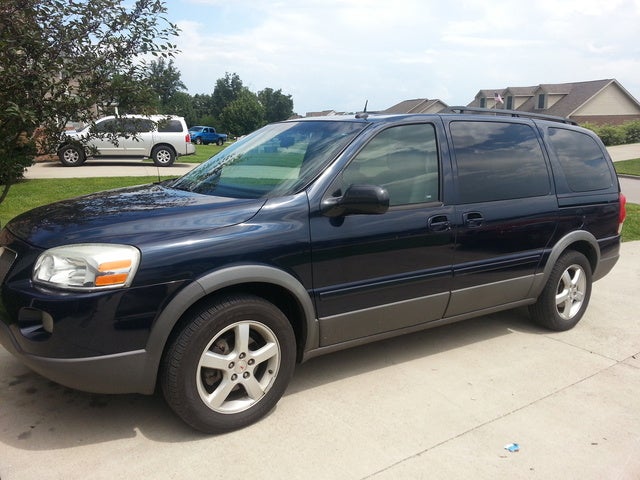 Aware of the suburban unhip stigma associated with being a minivan owner, GM tried to further SUV-ize its old Montana minivan, turning it into what it calls a mid-van, which is basically a crossover sport van. Dubbing it the Montana SV6, it is just a sportier, more stylish version of the old Montana. Adding a few inches to the wheelbase and overall length of the extended minivan, the 2005 Montana SV6 features a boxy front end with an extended nose, mimicking SUVs and increasing the interior room.

The new 2005 Montana SV6 has a 3.5-liter, 200-hp V6 and 4-speed automatic transmission. It sits on 17-inch tires and comes standard with ABS brakes, dual front airbags, OnStar, cruise control, rear audio controls, and a DVD system. Two trims, 1SA and the better equipped 1SB come in either front or all-wheel drive. Dual sliding doors are standard, and they can be made into power doors for a little more money. Seating seven, the second and third rows can be removed or folded flat to expand the already large cargo space to 140 cubic inches. There are lots of great options that most people choose, including remote start, a roof rack, leather seats, power seats, XM radio, parking assist, garage opener, and Pontiac's PhatNoise system, which is a removable hard disk that stores video games, digital photos, and up to 10,000 songs. Front side impact airbags, electronic stability, and traction are all optional.
Really just an upgrade of the old Montana minivan, the 2005 Pontiac Montana SV6 nevertheless does have a sporty feel and car-like handling, according to owners. They say you get a lot of features for the money, making it an affordable mid-van compared to its competitors. The ride is smooth, gas mileage decent, and there is lots of room and cargo flexibility. Despite a peppy V6, most drivers agree the engine is not big enough for the Montana's size, especially if you're going to tow something. They wish the seats folded into the floor, and a big complaint was the difficult access to the third row, even for kids. Others mentioned problems with the alternator and general engine repairs.

Have you driven a 2005 Pontiac Montana SV6?
Rank This Car

Looking for a Used Montana SV6 in your area?

CarGurus has 18 nationwide Montana SV6 listings and the tools to find you a great deal.

I have a 2005 montana sv6. I have replaced the thermostat, temp coolant sensor, and flush and filled the radiator. I have checked all the fan relays and they click. I have checked the fan motor ...

When Going Up Any Small Incline It Misses

Has new transmission but when going up small hill or when changing from one gear to another it lets you know with a miss . Our mechanic has check everything an can not find problem. I want to keep ...