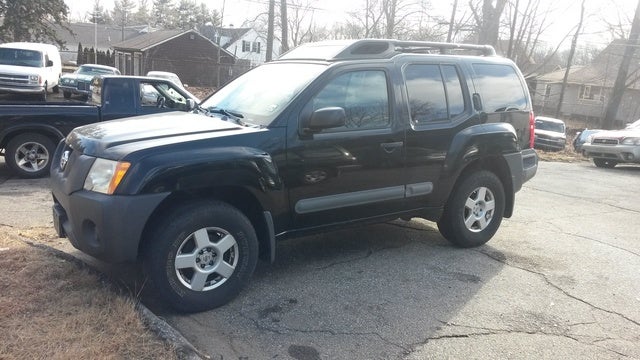 Users ranked 2005 Nissan Xterra against other cars which they drove/owned. Each ranking was based on 9 categories. Here is the summary of top rankings.

Have you driven a 2005 Nissan Xterra?
Rank This Car

I love everything about the model except that it’s a 6 speed. Read More

This vehicle is as good as advertised. i would recommend. Read More

It’s an excellent SUV with equally capable on and off-road capabilities. Read More

Great suv! I absolutely love it. I went from a 2000 model to the 2013 Pro 4X. It is even better and more fun to drive. The leather seats are a nice upgrade along with the navigation system and back u... Read More

All I’ve ever driven are big SUV’s like suburban or Navigator L. So the Xterra gave me my first taste of a crossover. I love the pep and tight handling. It’s like driving a super quick go-cart. It... Read More

The xterra is not too big or too small, it has a roof rack and is a proven dependable vehicle. One problem with this xterra and the frontier and the maximas is the timing chain has to be replaced at... Read More

This is a utility vehicle first and foremost. It has plenty of room and very capable of handling things on and off road. It is comfortable and powerful. The only thing that holds this back is its fuel... Read More

It’s a little tight between the driver and the door but for an suv it’s really kinda cool. Read More