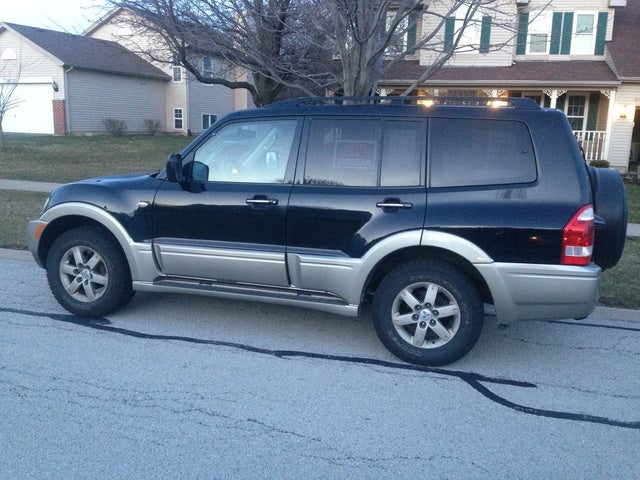 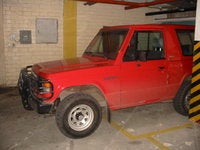 The 2005 model continues the major revision of Mitsubishi's flagship SUV that took place in 2001 to mark the third generation. At that point, there was a significant switch from the truck-like construction of body over frame to unibody construction, which lightens and stiffens the chassis. The Montero also switched to a fully independent suspension and added rack-and-pinion steering.

These chassis improvements made for more precise handling over various road conditions. Yet some reviewers found the handling ponderous in traffic and "tippy" on twisty roads. A 17-time winner of the grueling Paris-Dakar Rally, Mitsubishi has finely honed the Montero's four-wheel-drive capabilities. Montero's Active-Trac system allows the driver to choose rear-wheel drive, full-time all-wheel drive, high-range four-wheel drive with a locked differential, and a low-range four-wheel drive with the center differential locked.

The Montero's weight and pricing, however, dim the promise of its third generation. Although a midsize SUV, the Montero weighs 4,700 pounds, greatly exceeding its rivals, the Lexus RX 300 and the Acura MDX. These upscale SUVs are now the Montero's rivals, because its starting prices push it into the luxury SUV range. Given the Montero's lower resale value, it's doubtful that buyers in this range would choose it.

Powered by a 3.8-liter V6 that delivers only 215 hp, most reviewers found it, once again, outclassed by its rivals. Performance was adequate, but not impressive. Pulling all that weight, however, has a big impact at the gas pump, where testers averaged 14.4 mpg on recommended premium fuel. The EPA estimates 15/19 mpg city/highway.

The Montero's interior accommodates seven in its three rows of seating, but that last row is best left to the kids. With the third-row seats folded into the floor, ample cargo space emerges. The front and second rows offer comfortable seating for adults.

The Montero offers a standard antiskid/traction control system, a versatile four-wheel-drive system, and a three-row seat configuration, but its low resale value and high gas consumption diminish its appeal.

What's your take on the 2005 Mitsubishi Montero?

Have you driven a 2005 Mitsubishi Montero?
Rank This Car

Car Not Moving In When Shift To D

When I shift the car into D gear it does not move. I then shift it into gear 1 and shift through to gear D (as if it is a manual drive). When in D, the car drives normal. When I get to an full stop,...