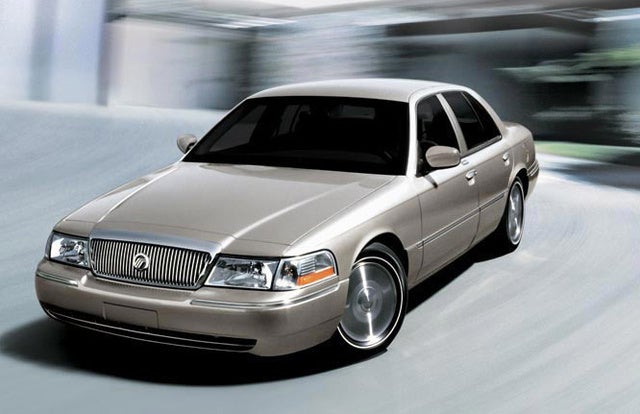 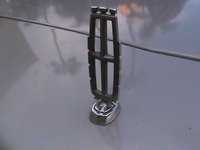 Average user score
4.5 ⁄ 5 stars
Based on 12 reviews
As Good As It Gets For Under 30k. Got Mine At 3 Years Of Age With 22 Thousand Miles At $13,000. by Chlyn — Why more people are not tuned into this kind of quality is a mystery. Rides strong, tight and dreamy, and always feels safe, maybe partially because of its low center of gravity. Comfort beyond what... Read more
Great Gas Mileage by Bouttime2 — All in all a great work horse of a car with a touch of class, Great storage in trunk for a full size tire & luggage as well, the gas mileage is amazing for its size & weight.Dry handleing is great wet... Read more
Love It! by N — Great daily commuter with style and comfort, plenty of interior space and horsepower to get you from point A to point B and then to point C and point D and then some! Love this car, it was no trouble ... Read more 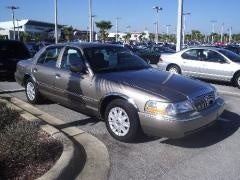 In 2005, the Grand Marquis was twenty-five years old and Mercury's best selling car with more than 2.7 million sold between 1975 and 2003. Upgraded in 1998 and comprehensively made over in 2003, the Marquis represents an era when the American highway cruiser ruled the roads: V8 automatic, rear wheel drive, seats six - more or less comfortably, cavernous trunk, and the handling characteristics of a land barge.

The Grand Marquis boasts high safety scores, the only car for the last nine years to achieve a government five-star rating for driver and front passenger frontal cash tests. Recently, it has won five-stars in the new rollover tests. When equipped with side air bags it also earns a five star rating in side-impact testing. Reviewers recommend the optional traction control for snow country residents. Yet, some of the competition has a few more airbags available. The Chrysler 300, for example, also offers electronic stability control - not available on the Grand Marquis - as standard equipment.

Handling remains traditional American barge: soft, wallowing through corners, mediocre braking distances, and floating over the highway with bumps only adding to that sensation. The 4.6-liter V8 and its four speed automatic transmission are also throw backs to another era, their performance leaving a lot to be desired. Yet, for long trips and round the town drives, the handling and performance, like its Crown Victoria cousin, proves adequate. However, the average 17 mpg might not find many owners satisfied with "adequate" in these days of high gas prices.

The interior has plenty of room and provides a fairly quiet but bland habitat. Two-tone paint, chrome wheels, a new steering wheel, and interior touches are new for 2005. While the competition has forged ahead with V6 engines, upscaled interiors and electronics, and tighter handling the Grand Marquis sails on as a relic of the "golden age" of American highway cruising.

What's your take on the 2005 Mercury Grand Marquis?

Have you driven a 2005 Mercury Grand Marquis?
Rank This Car

What Is The Problem When Headlights Do Not Come On

having problem with headlights not coming on. Is there a known problem?

Wher Is The Tail Lamp Fuse In The 2005 Mercury Grand Marquis? I Dont See It...

How Do I Upload Pictures

I do not have an Iphone, how do I upload pictures of my car for sale?

The fuse for my digital dash keeps shorting out. I thought it may have been an issue with the LCM but once I installed a new LCM the fuse shorted put again. I'm wondering if there is anything else ...