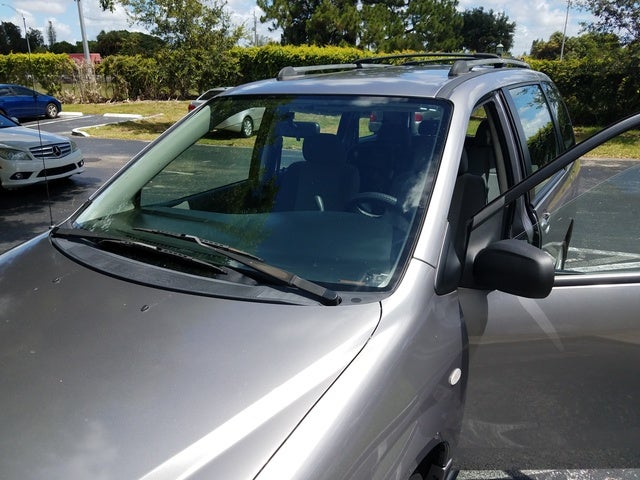 Mazda had made fairly extensive improvements to its MPV minivan for 2003 and 2004. So for 2005, the updates were minor, and essentially involved options such as rear air conditioning and a dimming rearview mirror with readouts for exterior temperature and a compass.
In addition, the entry-level LX-SV trim package returned to the lineup, after having been absent for a year. It joined the LX and upscale ES versions. Power for all three models was provided by a 3.0-liter V6 engine that produced a respectable 200 horsepower. It was linked to a five-speed automatic, which was the only transmission available.
Despite the fact that the LX-SV was an entry-level package, it provided plenty of standard features, including air conditioning, power windows, remote power door locks, dual airbags, a tilt steering wheel, cruise control, power exterior mirrors, velour seats, and steering-wheel-mounted audio controls for the AM/FM/CD stereo system.
The LX version added 16-inch wheels as well as an expanded list of options, including power sliding doors, fog lights, heated exterior mirrors, and a CD changer. The ES version added leather seats, a power-adjustable driver's seat, a leather-wrapped steering wheel, and a premium audio system with a subwoofer.
The MPV's handling, interior, styling, and flexibility all received high marks from drivers. Interestingly enough, some drivers also noted that they liked the MPV precisely because it was smaller than some of its contemporaries, and because it had plenty of room for passengers or cargo. On the downside, some thought the ride could be rough, and others complained about room in the second seat.

BillyTr Saying that the 2005 Mazda MPV is a compact minivan sounds redundant but it is exactly what attracts some buyers. It drives more like a compact SUV than a minivan and it weighs 350 to 500 pounds less than much of the competition. It is easier to keep up with where the four corners are while driving it which makes it feel much more maneuverable.

Have you driven a 2005 Mazda MPV?
Rank This Car

Do You Need A Wheel Alignment After Replacing A Wheel Bearing

I Have The Orginal Key, Can I Have A Simple, No Chip, Key Made At The Deals...

estimate the cost of this

My 2005 Mazda MPV (130K miles) is leaking coolant somewhere but I have no idea where! Went throught an entire reservoir in 2 weeks time with minimal driving. Weird thing is there is absolutely not...

844 views with 2 answers (last answer about a year ago)

Engine Light Came On Not Blinking

What is problem when my engine light comes on, not blinking..