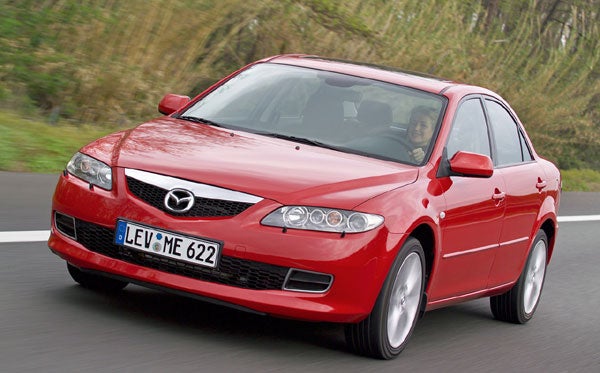 Have you driven a 2005 Mazda MAZDA6?
Rank This Car

Alright. Nothing special. Just another car. My car has the same features. Read More

The very stylish exterior and interior looks are huge strengths on this car, as are the leatherette seats on the Touring model, which give it a basic luxury feel. However, you might need shades to res... Read More

The Mazda Mazda6 is an amazing car! Its a quite comfortable ride and its fuel efficient. I love the look of this car and I couldnt be happier with my purchase. Read More

Liked it so much that I bought the car. Read More

Super cute and fun to drive! I got the Grand Touring Reserve and it rocks my socks! Read More

The 19 wheels make tire replacement rather pricey, not a common size. And please Mazda, put a real trunk light in these cars! Am anemic lightning bug is brighter Read More

Been in a Mazda since 2012 and will never drive another vehicle. You get the feeling of luxury for a smaller cost when you get a Mazda 6. Only thing missing in the Grand Touring (what is called the... Read More