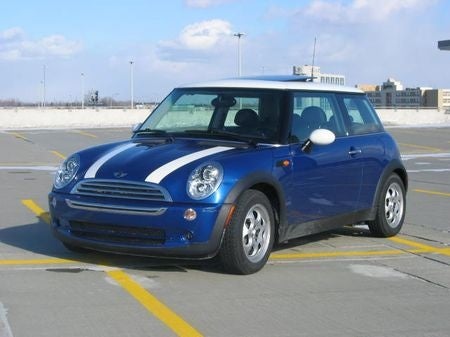 Have you driven a 2005 MINI Cooper?
Rank This Car

With the federal and state incentives, this car is a great value as long as your typical daily commute is 50 miles or less and you have access at work or home to a charger. Read More

Minis are awesome. Some think it’s a beemer with funny clothes on so what they are not boring Read More

Well Priced for an EV, and it has good Range. Read More

Its a cute car. But I do prefer a 4 door especially with a car this small. I love the fact the gas mileage is pretty good Read More

Lovely vehicle. For the fit and feel of the car I believe the car is worth the value. The only thing this car is missing can be added later thru 1st party or 3rd party parts. I primarily cross-shoppe... Read More

The features are great. I have not noticed anything missing as of yet Read More

I dont have an opinion about the Mini Cooper, I seen it and I liked the body style, its not to big or to small its just something different. Read More

Nice little run around car with plenty of zip and fun to drive. I’ve only had it a week but everything seems fine and in good shape. 38 mpg on the hwy at 70 -75 mph. Love it so far! Read More