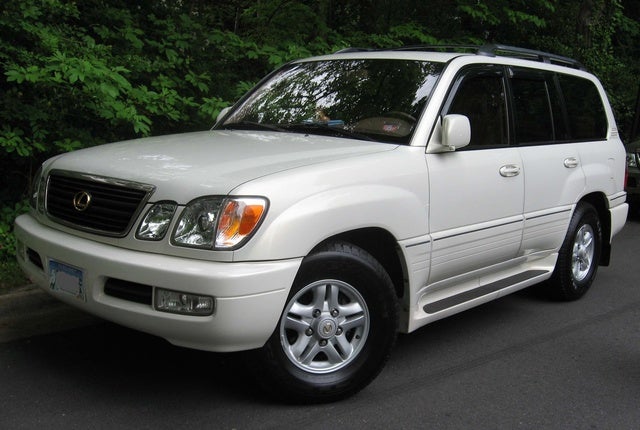 Average user score
5 ⁄ 5 stars
Based on 4 reviews
Lx470 by Shehryar — The best car ever its pickup is great can reach its top speed, and easy to control at top speed coz i can control it. It looks good especially when you stand infront of it interior is nice big n lu... Read more
Best Suv Owned by Taylor — The LX is, in my opinion, the best quality SUV on the market. Lexus made the LX wonderfully and it is extreamly reliable! Best car I've driven in the snow! Has too many features to name. The LX was b... Read more
Very Powerfull by Werner — This suv has got high performance. very powerful v8. Interior is so luxury and comfy. costs a fortune. very nice drive. The brakes are very good, got them installed recently. Never had any problems wi... Read more 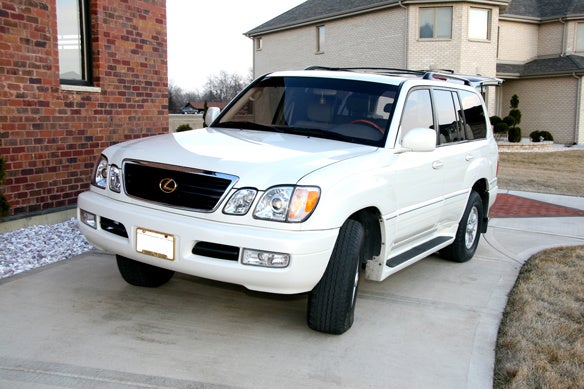 This was the eighth model year for the Lexus SUV flagship. Little was changed on the LX 470 for 2005, and the only new option was the availability of satellite radio. Despite being regularly undersold by the smaller Lexus RX 330, the LX had build a solid reputation for combining the comforts of the LS series with the security of an SUV. However, the 'value in it's class' question had plagued the LX for years. Although it's price was comparable to the Range Rover, the LX 470 ran a distant second in off road ability. While the LX was quite versatile, Lexus had resigned to marketing it more as an on-road in-town status symbol. It worked.

The same engine returned in 2005, but it would have significant upgrades for 2006. The 4.7 liter V-8 offered 235 horsepower and 295 lb-ft of torque. The LX 470's 13/16 mpg fuel efficiency was not too surprising for a 5400 pound SUV with a 4.7 liter engine. Complaints about the LX's lack of power was quite frequent, considering it's tendency to guzzle premium fuel.

Owners have been steadily impressed with the superior build quality of the LX. Many state that the luxury SUV makes even long trips quite enjoyable, thanks in part to a very functional and reliable navigation system. Seat comfort, spaciousness, and well-placed controls also help along the journey. Drivers who ventured off the road could recognize the LXs rugged Land Cruiser roots, without forgetting they were behind the wheel of a Lexus.

Kenn1022 I have 265,000 miles on mine. Took care great care of the maintenance requirements. Now I’m told I have rusted out frame that supports the sway bar bracket. Looking for a fix but am getting OMG looks. Until this the car has been awesome. Had to replace the ABS ($4000). Other minor fixes but things that are expected. This frame thing is a killer. I recall Toyota had a recall on the Tundra frame rust problem.

My Suspension System Seems To Have Gone Out. I Heard Hiss Of Air From Rear ...