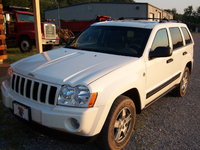 The cushier Jeep gets a little more so in its third generation. 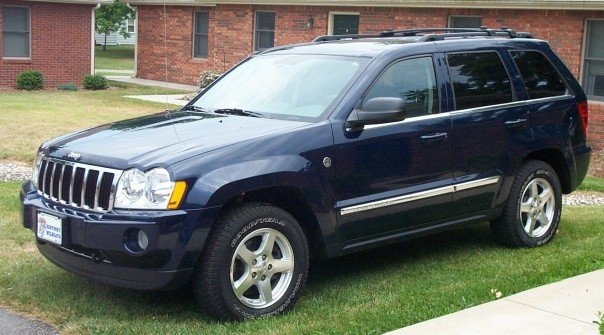 The Grand Cherokee, like the Grand Wagoneer before it, has appealed to the Jeep set who want to get all roughneck in the woods but also go home in comfort with their doors assembled. New for 2005, the Grand Cherokee retains the same form as the previous two generations but adds more technology, comfort features, and better engines. 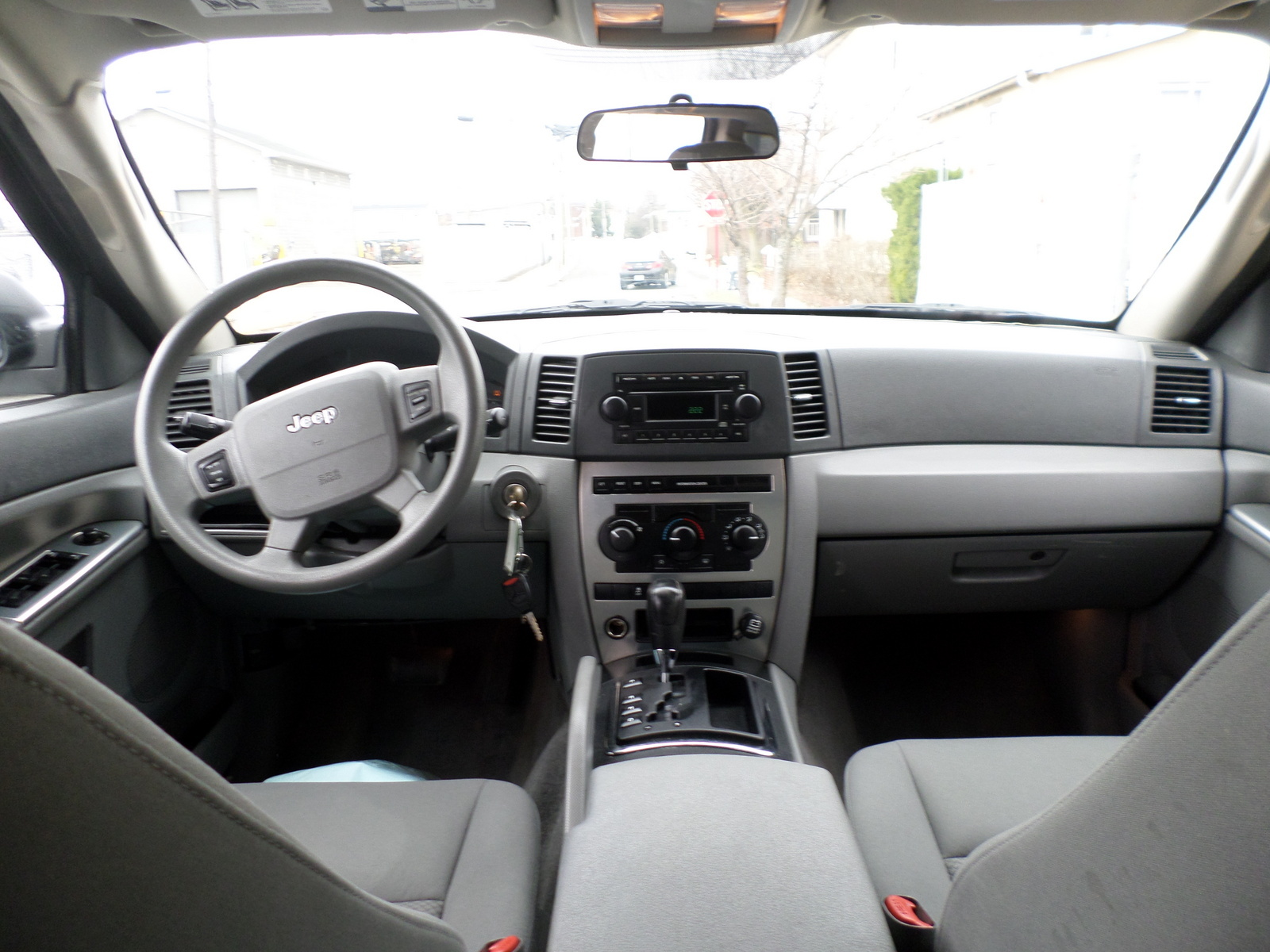 The edgier look of the 2005 Grand Cherokee is a steady evolution. The seven-slot chrome grille, semi-round headlights poking into the hood, and flat, upright body panels announce this is not just a newer SUV—it's a newer Jeep. The wheelbase and length are several inches longer than before, and the track is wider. But this is a familiar shape worn since the 1990s, and it looks just as good now. New "Trail Rated" badges emphasize what we already know.

The interior is also more modern and carlike than the Ford Explorer. Materials are better than before, but that's not saying much. Like many truck-based SUVs, this is a basic appliance that can do some pretty advanced things when asked. 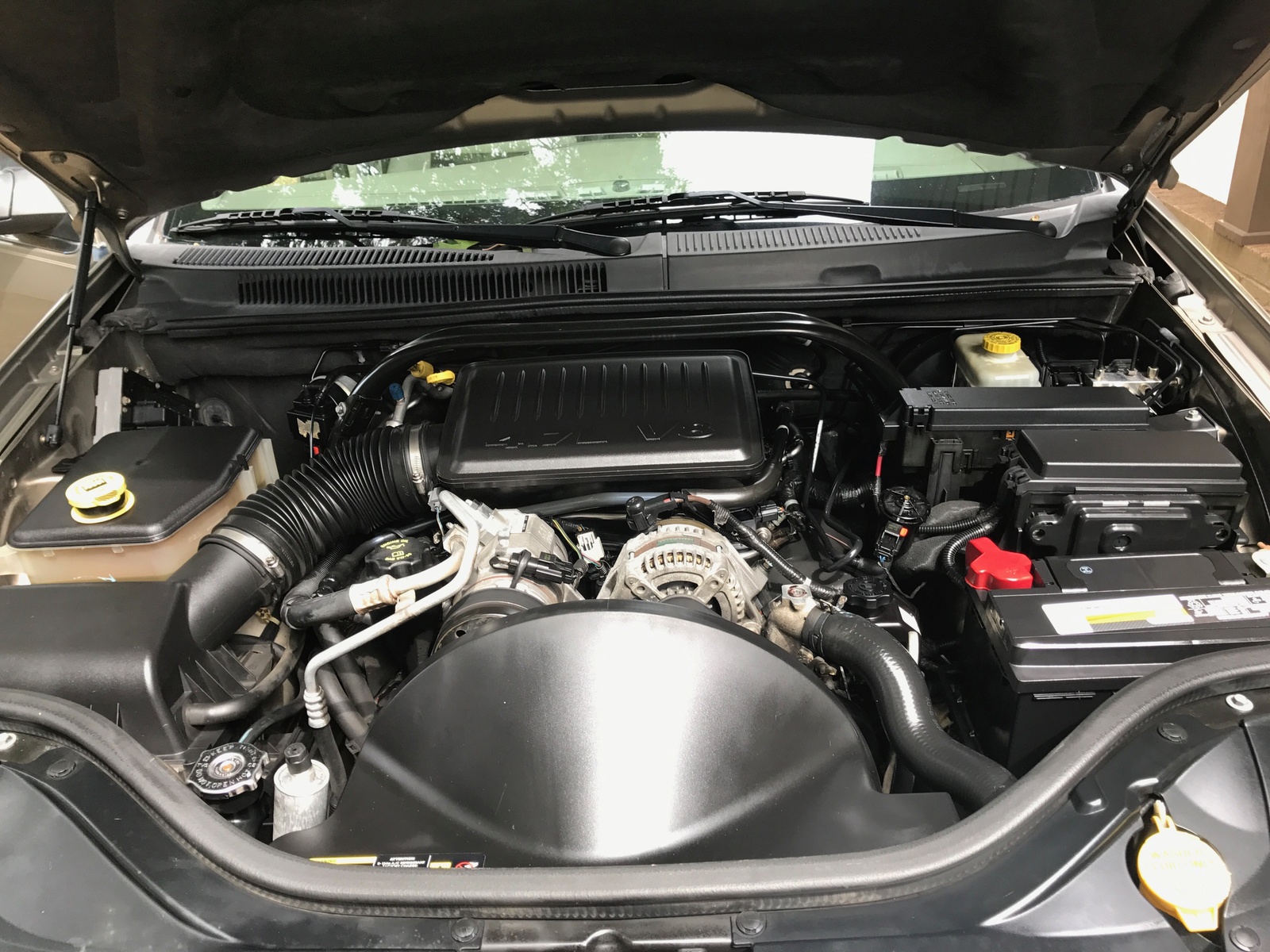 A V6 and two V8 engines are available in rear-wheel drive (RWD) or 4-wheel drive (4WD)—and there are three different 4WD systems. The 3.7-liter V6 on the Laredo makes 210 horsepower and 235 pound-feet of torque. It can pair to Quadra-Trac I, a full-time system that splits torque 48/52 front to rear. The 4.7-liter V8 on the Limited has 235 hp and 294 lb-ft. It works with Quadra-Trac II, which uses a low-range transfer case and an electronic clutch to vary torque along with brake-based traction control. The 5.7-liter Hemi V8 outputs 325 hp and 373 lb-ft. When equipped with the Dynamic Handling System (a special set of anti-roll bars), this engine in the Limited works with Quadra-Drive II, which adds electronically locking front and rear axles (the rear axle remains solid, while the front is now independent). It's very capable. A 5-speed automatic is the only transmission on both trims, though the V8 trims use a heavier-duty transmission than the one with the V6. 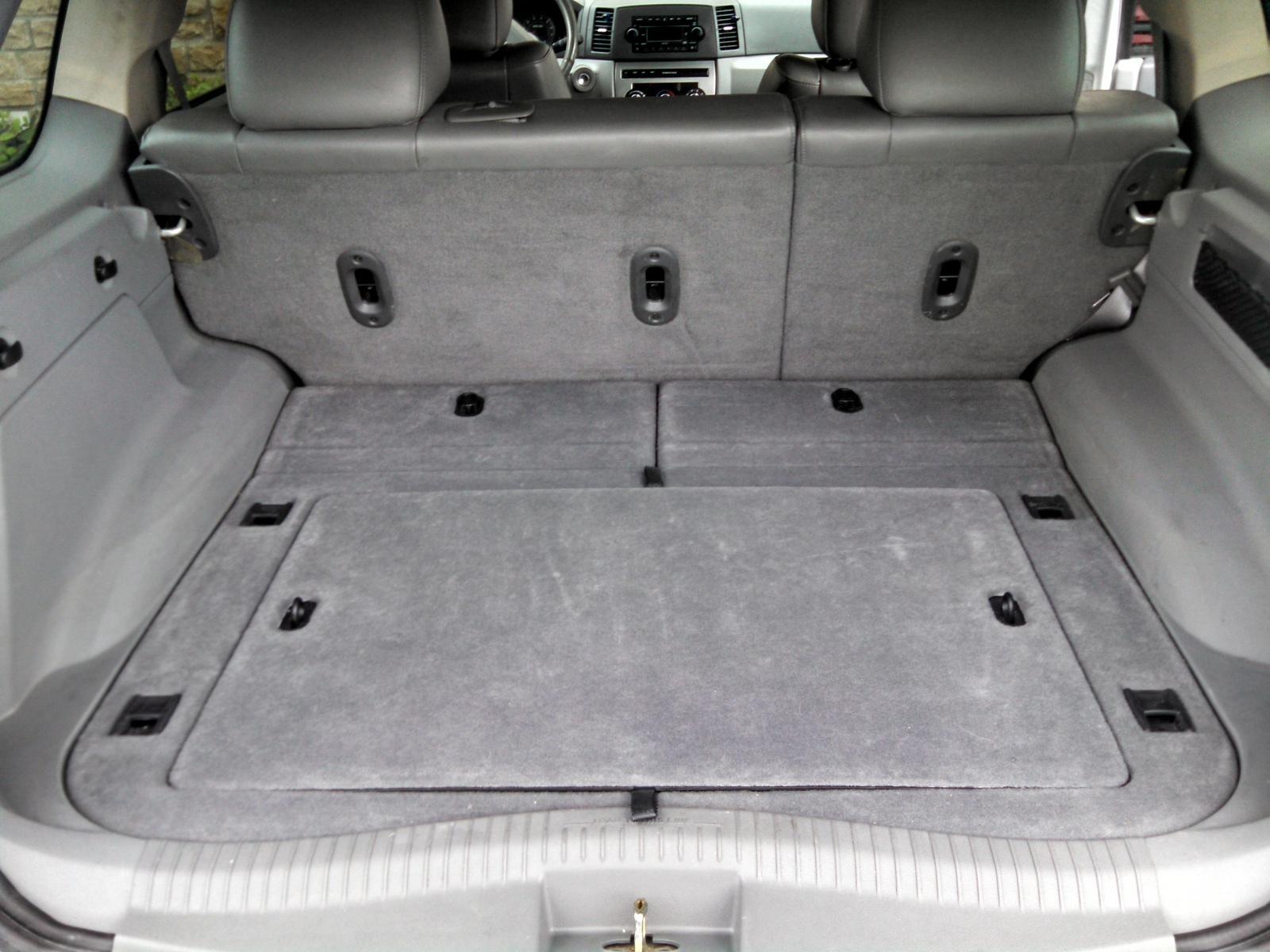 The Grand Cherokee remains a bit cramped inside. There's not enough headroom for driver or passengers, the steering wheel doesn't telescope, and the footwells are tight. Legroom is sparse in the rear, too. There is no third-row seat. However, it's easy to get in and out of the Grand Cherokee with grab handles and large door openings.

Cargo capacity is 34 cubic feet and increases to 67 with the seats folded, which is down significantly from the Explorer, its main rival. The rear window opens separately from the tailgate. 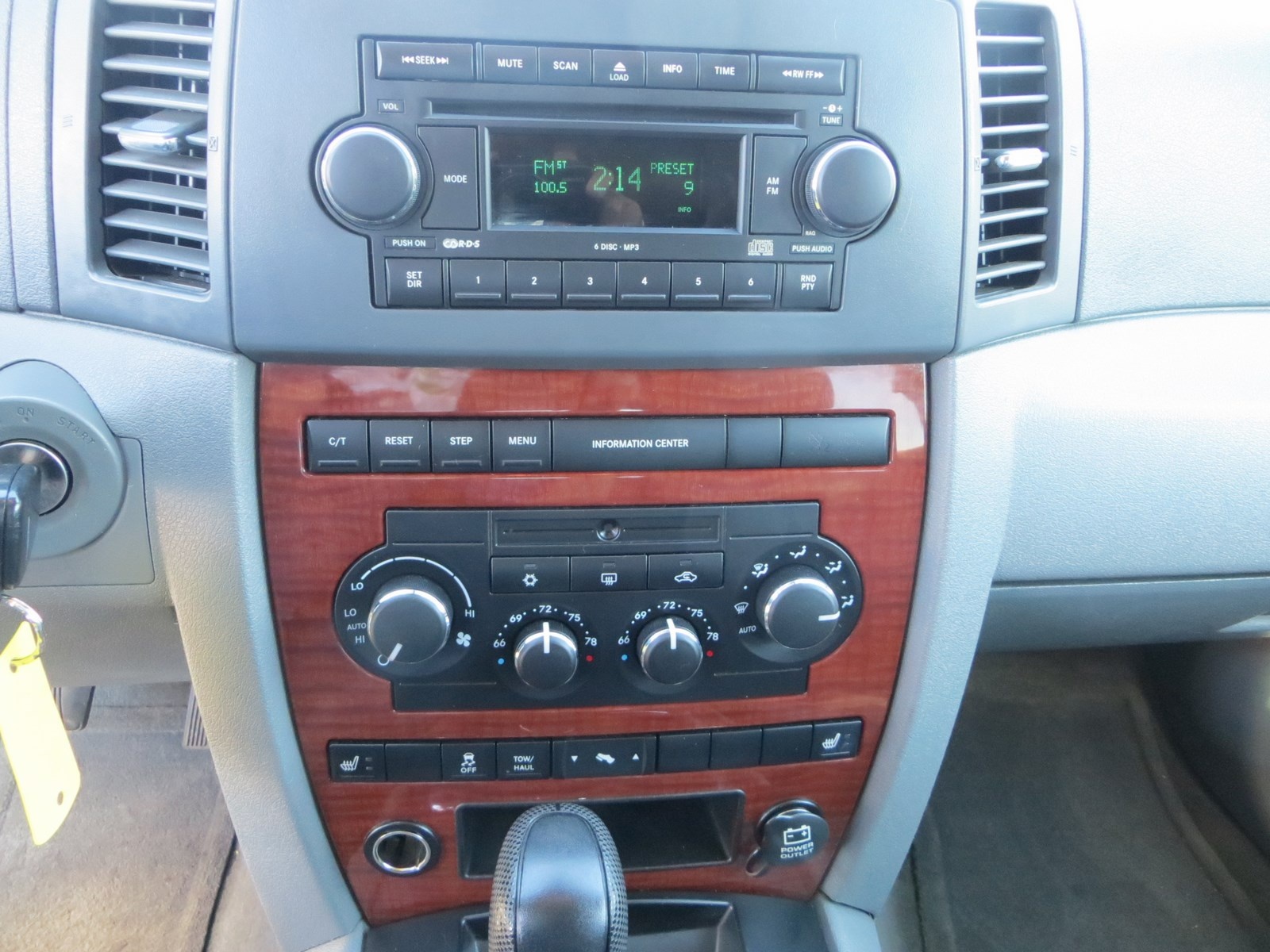 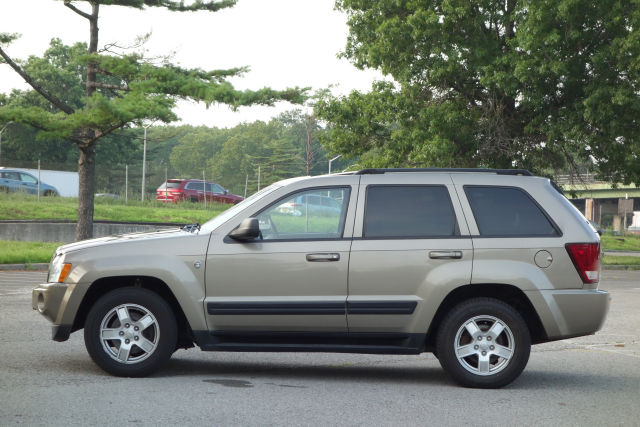 The 2005 Grand Cherokee comes with dual front airbags, ABS, and traction control. Stability control and side airbags are not offered. Head curtain airbags are optional on all models. The Insurance Institute for Highway Safety (IIHS) tested a later 2007 Grand Cherokee that scored the top Good rating in the front moderate overlap and a low Marginal rating for the side. The National Highway Traffic Safety Administration (NHTSA) rated the vehicle five out of five stars for the driver and front passenger in a frontal crash, and five stars for the driver and rear passenger in a side crash. 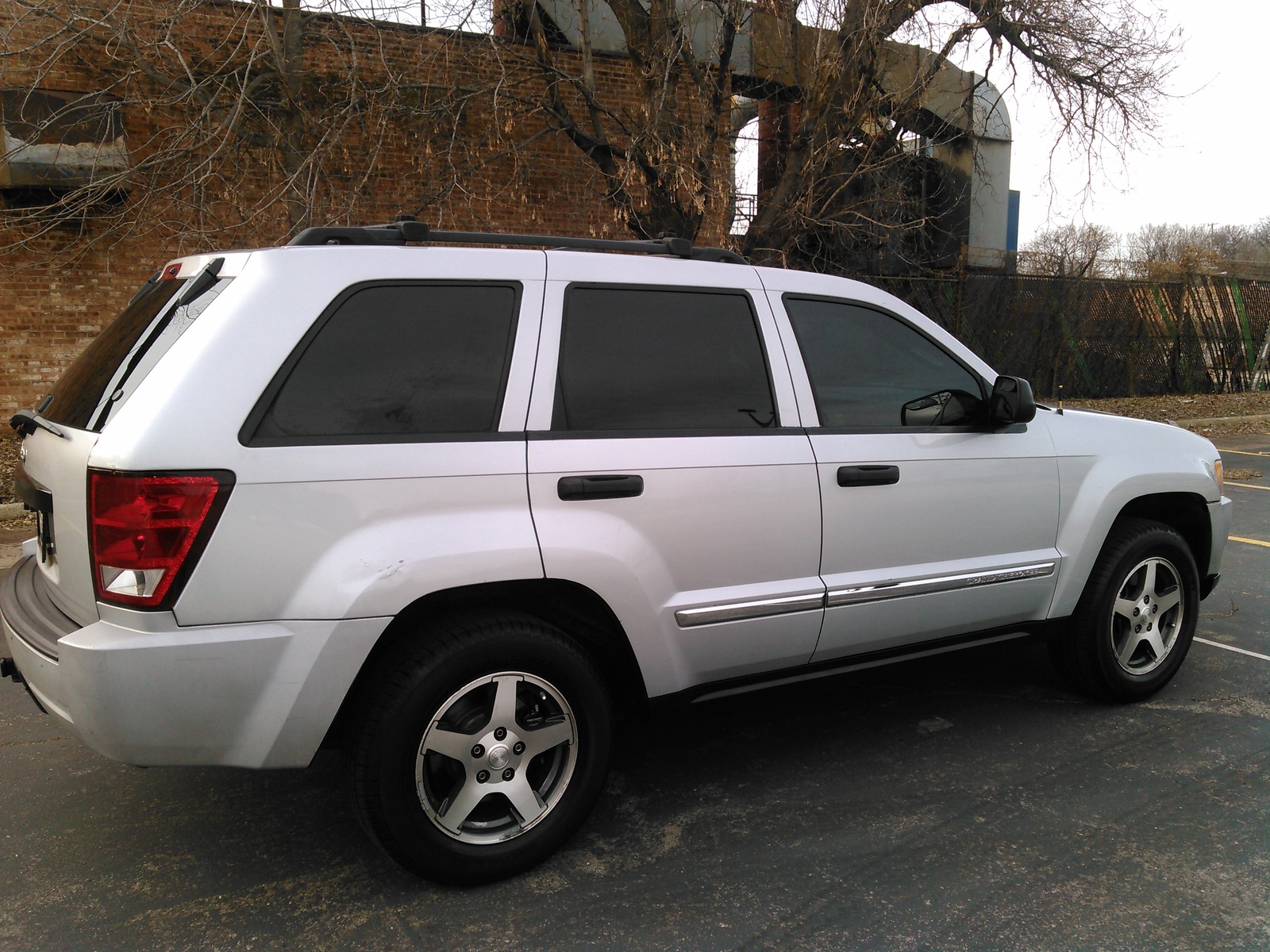 Still, this is a great choice for occasional and serious off-roaders who also want a road-worthy commuter and family vehicle. Just be prepared to pay for fuel.

What's your take on the 2005 Jeep Grand Cherokee?

David No way They have a problem about every year.I had 01 serviced regular then the trans started sliping I put about 20k on it so it had about 90k. I went to my brothers one evening everything was fine, about 12 mile trip and on the way home I stopped at a light pulled out herd a pecking then I slowed down then I heard a loud knock and I knew it was a motor.Got a 05 now wont start and when it does it shakes and you cant hardly keep it running.There's people on here with same problem and this one has a 4.7 v8 and the first one had a 4.0 six..{Just my opinion}

Users ranked 2005 Jeep Grand Cherokee against other cars which they drove/owned. Each ranking was based on 9 categories. Here is the summary of top rankings.

Have you driven a 2005 Jeep Grand Cherokee?
Rank This Car

i have a 05 lorado, the fan does not work and i overheated, when i got the jeep started again the dash board was completely lit up, the instrument cluster lights are on but the speedometer, gas gag...

My Warning Light Says To Service Electrical Brake System. Are My Brakes Goi...

Here Is A Real Tricky One

So I bought a 2005 Jeep Grand Cherokee from my brothers girlfriend. I obviously know where the jeep came from, and know it was very well taken care of. When she had it, it did not have any problems ...

We have replaced the radiator fan and both relays, along with thermostat, water pump & radiator. Am still overheating. Fan not coming on. Am so frustrated, I love my jeep, bought it used but serious...

Vehicle Clunks From Park To Reverse

No transmission problems shifts very smooth and drives great. Just clinks from park to reverse wondering what might be the problem thanks!