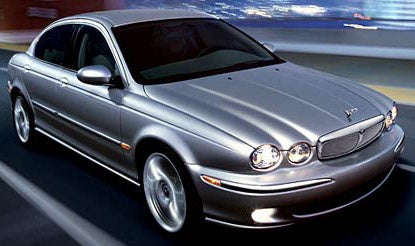 Average user score
4.7 ⁄ 5 stars
Based on 13 reviews
The X Thats More Equal Than The Others. by Clinton — The Jaguar X-Type sport was a limited run car that my father purchased in 2005 from Mellenium Motors. The car is black with 18 inch alloy rims, real carbon fibre trim, black leather/suede seats and bl... Read more
Jaguar X-type 2.0d Xs by John — The car accelerates well for a diesel, corners very well with the 18" wheels and has been 100% reliable throughout my three and a half years of ownership. The build quality is very good and after fort... Read more
Nice While New by Kevin — I loved the looks of it, interior was okay, nice entry level sedan, nice to have AWD but would not want to own out of warranty. Gearbox went out at 30k, $9000 bill, thankfully not from my pocket. Firs... Read more 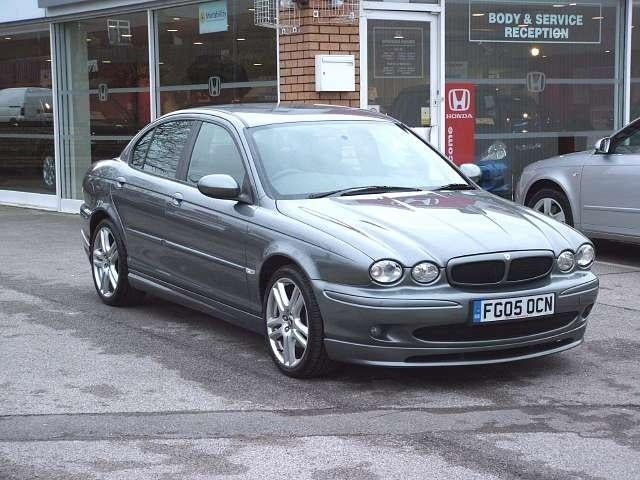 The entry-level X-Type sedan was introduced for the 2002 model year, and it quickly became Jaguar's best-selling car. The X-Type is a joint effort between Jaguar and Ford; built from an altered Ford platform and utilizing 20% Ford parts. This engineering union has been the target of much criticism, as many reviewers have jeered the X-Type for not living up to Jaguar's expected level of quality (materials-wise) and refinement. However, it can be had for less than $30,000. A new model-the Sportwagon-debuts this year, as perhaps the logical next step in a progression of Jaguar firsts. All-wheel drive, a relatively low sticker price, a five-speed manual transmission, and a station wagon were all once foreign concepts for Jaguar. Now, courtesy of the X-Type, all are realities.

Jaguar would dump the 2.5 liter engine in 2006, but it will be used once again to power the X-Type's base model. This engine produces 191 horsepower and 180 pound-feet of torque, and can be mated to either a five-speed manual or a five-speed automatic transmission. The larger power plant is the 3.0 liter V-6, making 227 horsepower and 209 pound-feet of torque. Both transmissions are also available with this engine, which is also under the hood of the Sportwagon.
Regardless of the engine choice, drivers can expect mixed driving fuel economy around 22 to 25 mpg.

Buyers have been pleased with the X-Type's overall performance. The gas mileage is the best of any Jag, and despite the smaller V-6 engines, the mid-size sedan is surprisingly quick. Test drivers also liked the car's sporty feel and nimble handling capabilities. The availability of AWD is another favorite feature for many drivers. However, there is a consensus that many of the interior materials and components are not up to Jaguar standards, and the cost of option packages quickly eliminates the car's value.

Theykallmebruce Recently (2017) purchased 2005 X-Type VDP, with 95000 km on it...Very pleased with it...Excellent touring car for the mountain highways of British Columbia Canada...now needs a brake job however...making a comparison to my 1990 HONDA ACCORD where THREE YEARS running won FIVE STARS EACH YEAR IN CAR AND DRIVER with 435000 km on original motor and clutch will still bury the speedometer needle (over 240kmh)...,I AM ROOTING FOR MY " JAG " TO BE A STIFF COMPETITOR...sorry to say folks...but the JAG is only a smidge better so far...the proof is coming now that I have to start replacing parts...

Have you driven a 2005 Jaguar X-TYPE?
Rank This Car

I have Station X-Type 2005 that was driving with no issues with 76K miles. It was parked for over a week in the rain and Give me the Transmission Fault error when I started it. How can I fix this? ...

My oil warning light (red) stays on most of the time. I have plenty of oil. What could be the problem? Can I drive the car? It is a 2005 xtype with a 3.0 liter engine and a stick shift.