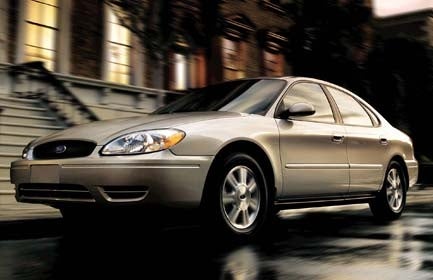 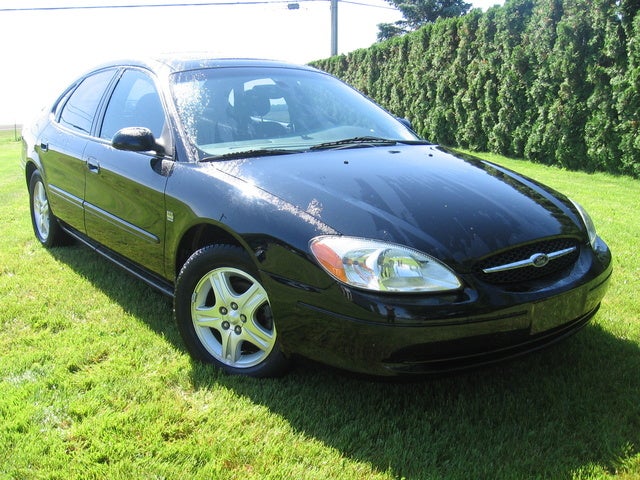 Ford's mid-sized mainstay comes in both sedan and wagon and sees few changes this year. The 2005 Ford Taurus consolidates its trims into only two offerings, the base SE and the more equipped SEL. Both are offered as a 6-person sedan or wagon, with an optional rear-facing third row seat available for the wagon. The front-wheel drive sedan features two engines, either a standard 3.0-liter V6 that gets 153-hp or a DOHC version that gets 201-hp. Both come with a 4-speed automatic transmission.

The 2005 Taurus is roomier than its competitors, at eight inches longer than the Camry. The sedan trunk holds up to 17 cubic feet, while the wagon expands from 38 to 81 cubic feet with the seats down. The base sedan is well outfitted with power features, cruise control, remote entry, and a cassette player, while the SEL adds a power driver's seat, a CD player and the now standard wood trim on the console, steering wheel and shifter. With dual front airbags, the 2005 Taurus gets four and five stars on frontal crash tests, but only three stars on side impact tests. ABS brakes, and traction and stability control are all optional.

Owners report that they like the gas mileage, roomy interior, and smooth ride of the Taurus, but say that there can be some engine shudder and acceleration is not that great. Resale value is not that great for the 2005 Ford Taurus.

GuruMZ6Z4 Which drive am I suppose to drive in

Users ranked 2005 Ford Taurus against other cars which they drove/owned. Each ranking was based on 9 categories. Here is the summary of top rankings.

Have you driven a 2005 Ford Taurus?
Rank This Car

So When Stepping On The Gas My Car Won't Accelerate The Engine Revs But It ...

No check engine light is on my car just has trouble accelerating and than it will accelerate until I have to stop or slow down again .. -

Is It MyBattery Or Started

I have a 2005 Ford Taurus that won’t start even when jumped. But the lights turn on and it acts like it wants to start. Is it the battery?

I punched my 2005 Ford Taurus ignition out cuz I lost my keys and now the anti-theft lock system is on and my car won't start how do I bypass that or get the anti-lock system off so my car works.....

He's broke and I said I'd do the work for him. I generally fix my own cars and can do quite a bit on my own. Some direction on this one though is definitely needed....